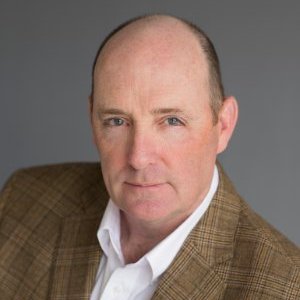 Vice President of Marketing and Communications for the Translational Genomics Research Institute (TGen), an affiliate of City of Hope

Mr. Perry established and currently serves as Vice President of Marketing and Communications for the Translational Genomics Research Institute (TGen), an affiliate of City of Hope. In this role, he oversees an active marketing, communications, and education team.

Mr. Perry received his Bachelor’s degree in English from the University of Maine and his Masters degree in Communications from American University. His previous experience includes positions with the National Human Genome Research Institute at the National Institutes of Health, Bethesda, Maryland, where he co-­established the Office of Public Outreach and Science Education for NHGRI’s Division of Intramural Research; The Jackson Laboratory, Bar Harbor, Maine; and Eastern Maine Medical Center, Bangor Maine.

He is the co-creator of the world’s first Talking Glossary of Genetics, an audio based glossary of genetic terms, accessed to-date by millions of listeners, as well as the accompanying print version, An A to Z of DNA Science: What Scientists Mean When They Talk of Genes and Genomes published by Cold Spring Harbor Press.