Beyond Jeopardy!  IBM’s Katherine Holland  shares a look into the future and at the role that Watson can play. 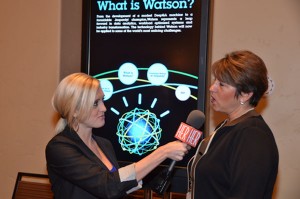 Imagine a physician’s tool that could evaluate in minutes, or even seconds, data from connected health devices and implantable devices, as well as the patient’s complete medical history and all available medical literature, including medical records, texts, journals, research documents, and even ongoing clinical trial results. Then, this same tool would take its analysis and suggest possible diagnoses for the physician to consider. Such a tool recently appeared on national TV in the form of IBM’s Watson, the talking supercomputer that beat out the all-time “Jeopardy!” champions.

Details on Watson appear in an article by IBM’s Katherine Holland.

To learn more, read the article in Medical Design.