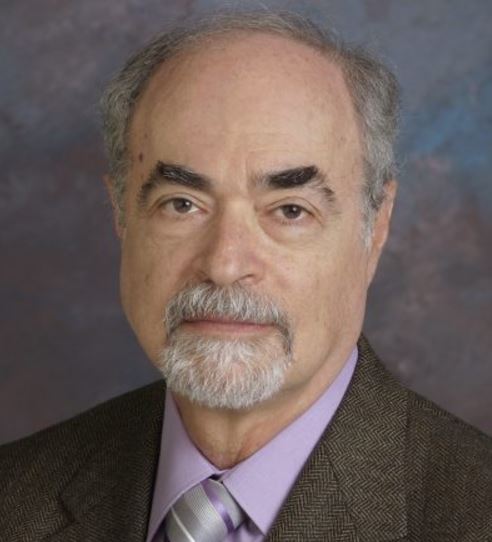 Elliot Mufson, PhD, is the director of the Alzheimer’s disease research laboratory at Barrow Neurological Institute and was elected to the AZBio Board of Directors in 2017.

Research projects in the Mufson Laboratory focus on the pathobiology of the normal and diseased human brain, including the neurobiology of mild cognitive impairment, which is a precursor to Alzheimer’s disease (AD), Down syndrome, and traumatic brain injury (TBI).

Dr. Elliot Mufson began his training in the Department of Neurology at Harvard Medical School. After ten years in Boston, Dr. Mufson was recruited to help develop the Sun Heath Research Institute in Arizona as its associate director.

He later moved to the Department of Neurological Sciences at Rush University Medical Center in Chicago as the Alla V. and Solomon Jesmer Chair in Aging. At Rush, he developed a research program that focused on the molecular biology of dementia.

The Institute for Scientific Information (ISH) recognized Dr. Mufson as one of the hundred most highly cited neuroscience researchers. He has published 265 peer-reviewed articles and 40 book chapters in the area of the molecular and cellular biology of normal and diseased brain function and animal models of disease.

Dr. Mufson is the head a multicenter program project grant from the National Institute on Aging (PPGAG14449) entitled the “Neurobiology of Mild Cognitive Impairment in the Elderly” and a NIA RO1 grant to investigate the genetic signature of tau neurons during the progression of Alzheimer’s disease.

Dr. Mufson received his doctorate from Downstate Medical Center, New York, in biological psychology and he was a research fellow in neurology at Beth Israel Hospital, Harvard Medical School in Boston.