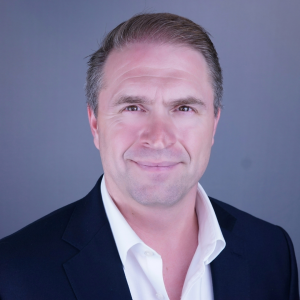 James Bates is an accomplished CEO, entrepreneur, and board member who has created and led high-growth results for several technology companies. Presently, Bates is CEO and Founder of AdviNow Medical, the world’s first Artificial Intelligence and Augmented Reality driven patient journey platform that nearly eliminates the administrative burden of physicians and reduces the cost of healthcare by 65%.

James conceptualized the idea, wrote the fundamental patents, raised the capital, recruited the team, and launched the company.
Previously, James was an officer at Freescale / NXP responsible for the ~$1 billion revenues Analog and Sensor Group the world leader in self driving vehicle technologies. Earlier in his career, James founded the Asia Pacific region for Silicon Labs where he was responsible for driving growth that eclipsed $500M in just 3 short years.

James serves on multiple boards and advisory boards. Among them is Position Universal a market leader in fleet tracking hardware and software systems where James serves as a fiduciary board member. OptionAgent.ai is a market leading volatility predicting AI that automatically trading hedge fund that delivers above market returns where he is a general partner. James also serves on the advisory board for Arizona State Universities College of Nursing and Health Innovation.

James earned his Master of Science degree in Electrical Engineering, from Brigham Young University. He is fluent in Japanese, lived in Tokyo for twelve years, holds nine patents, has written for publications and been a speaker at many conferences. He resides in the Paradise Valley, Arizona, and enjoys family, sports, and particularly hiking.