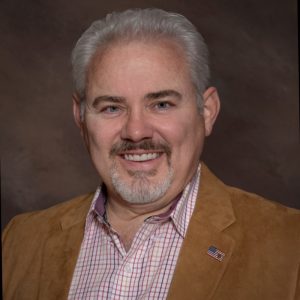 Tom Eisiminger is President, Chief Executive Officer, and on the Board of Directors of Regenesis Biomedical. Inc.

Tom joined Regenesis Biomedical in 2006 after a short tenure with GlaxoSmithKline and served in successive leadership roles. Prior to becoming CEO, Tom served as Vice President of Sales.

Tom served our country in the Army for 20+ years and is a decorated combat veteran. He held numerous leadership positions from platoon to battalion command. He managed the largest geographically dispersed Army Recruiting Battalion responsible for operations in SW Washington, Oregon, Northern California, Hawaii, Korea, Japan, Guam, American Samoa, Commonwealth of the Northern Marianas Islands, and the Freely Associated States of the Republic of the Marshall Island, Republic of Palau and the Federated States of Micronesia. He twice earned awards as top recruiting unit in the Army. Tom is a member of the Veterans of Foreign Wars, the American Legion, and the Disabled American Veterans.

A veteran’s advocate, Tom serves as President of the Veterans Medical Leadership Council (VMLC), a Phoenix based non-profit whose mission is to ensure quality medical & mental health care for Veterans and to encourage initiatives that honor the contributions made to the city, state & nation by Veterans and the men and women serving in the U.S. military. A former Board member of several veteran non-profits, he is also a member of the Arizona Veterans Hall of Fame Class of 2018.

He currently serves on the Board of Directors of the American Diabetes Association (ADA) – Arizona, New Mexico, and Utah and AdvaMed in Washington, D.C.

Tom Eisiminger earned his B.S. from the U. S. Military Academy at West Point, his M.A. in National Security and Strategic Studies from the Naval War College, and his MBA from Marylhurst University in Portland, Oregon.