WASHINGTON – The Biotechnology Innovation Organization (BIO) today announced that industry veteran Jim Greenwood will step down as President and CEO of the world’s largest biotechnology organization after the 2020 election and help transition a new leader to represent the industry globally and to defend innovation from domestic political attacks. 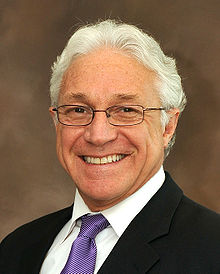 “I’ve been twice blessed – to represent the American people in Congress and then to represent the extraordinary scientists and entrepreneurs of the biotechnology industry,” Jim Greenwood said. “No organization has played a more powerful role than BIO in making sure government leaders embrace thoughtful policy so the science of biotechnology can march forward. I know because I was one of those lawmakers inspired by my BIO education. Through this organization, I came to see the miracles the biotech industry makes possible.”

“Jim’s pragmatic, ethical, patient-first leadership of BIO for more than 14 years has allowed the United States to create a pro-innovation public policy environment that’s the envy of the world, and I say that as someone who has led biopharmaceutical companies in three countries,” said BIO Chairman Jeremy Levin, CEO of Ovid Therapeutics, a biotech company working on cures for rare neurological disorders. “All of us at BIO will continue to depend on his thoughtful stewardship for the next 15 months as we fight short-sighted attempts to drain capital from our sector and curtail the intellectual property rights of innovators.”

Levin continued: “We are grateful that Jim has agreed to stay on in a transitional role in 2021 to help his successor educate the public and lawmakers about the enormously complex and expensive challenge of bringing new medicines to market — the last and only hope for millions of suffering patients across the world.”

In 2005, Greenwood became only the second leader in BIO’s existence following the retirement of founding President Carl Feldbaum, former chief of staff to then-Senator Arlen Specter (R-PA).  In Congress, Greenwood served as a senior member of the House Energy and Commerce Committee overseeing health care policy. In that role, he helped lead efforts to modernize the FDA, pass the Medicare Part D prescription drug benefit for seniors, and lift the ban on embryonic stem-cell research. He also served as the fiscally conservative, socially progressive leader of the GOP moderate bloc known as the Tuesday Group.

Under Greenwood’s leadership, BIO has tripled in size with 176 employees and an $85 million operating budget. The organization hosts the world’s largest annual biotechnology convention, attracting upwards of 18,000 people from 70 countries.

Domestically, Greenwood’s leadership established BIO as a pragmatic voice on Capitol Hill. Greenwood helped cultivate bipartisan champions for the industry like Senator Ted Kennedy (D-MA) and Orrin Hatch (R-UT). He also led industry PDFUA negotiations with Congress to promote patient-centered drug development, and he was a driving force behind the establishment of a biosimilars industry to create more affordable biologic drugs once patents expire.

Said Greenwood: “Our industry has won many important policy battles over the last 14 years, and we’ve now ushered in the dawn of a new era of cures, Today, the human genome has been mapped and hundreds of new breakthroughs are in the pipeline as a result. The first gene therapies are starting to be approved by the FDA. CRISPR and gene editing hold transformative potential to not just treat, but actually cure, deadly diseases. Advanced biofuels, environmentally sustainable biotechnology processes and genetically enhanced crops are helping reduce pollution and transform our food system to feed a rapidly growing global population. Biotechnology is how we will meet the human race’s greatest challenges of this century and beyond.”

During the George W. Bush administration, Greenwood helped lobby for passage of the Renewable Fuel Standard (RFS) program that requires production and use of renewable fuel to help safeguard the natural environment and reduce U.S. dependence on foreign oil. During the Obama administration, Greenwood led industry negotiations on Capitol Hill to pass the 21st Century Cures Act, which approved expanded use of biomarkers, innovative clinical trials and real-world evidence in FDA scientific decisions.

“This is a critical moment for our industry as our companies take a beating in the court of public opinion,” Greenwood said. “I will continue my full-throated advocacy to ensure our elected officials do not kill innovation in a populist furor and prevent our scientists from delivering a new generation of genomic cures. The way forward for drug makers is to reaffirm and live by our social contract with patients, making sure we are their most zealous defenders in every policy and pricing discussion. BIO will continue to make the case that innovators and lawmakers each have a moral responsibility to ensure patients never go without the medicine they need while expanding access to therapies in ways that don’t kill innovation for patients still waiting for cures to come.”