Gathered on the 20th floor of a Phoenix skyscraper on a Monday evening, nearly 40 women – and a few brave men – looked out over the valley and shared their “no boundaries” spirit. They came to connect on the topic of women’s leadership in the biotech industry in Arizona at an Arizona Bioscience Week event, “Leading Women: Biotech and Beyond.”

Featured panelists were Cheryl Nickerson, an internationally recognized researcher at the Biodesign Institute and a professor at Arizona State University and Michelle Hanna, founder and chief executive officer of RiboMed Biotechnologies, Inc., a Phoenix-based business that is at the frontier of DNA methylation technology for diagnosing disease.  http://ribomed.com/

Summing up a sassy and spirited 90 minutes, Arizona Bioindustry Association President and CEO, Joan Koerber-Walker said that women in biosciences succeed by going beyond what’s expected.  “Don’t let other people’s perceptions of what a woman can do hold you back,” she said, “set your goals high and do your best to achieve them.”

Dr. Cheryl Nickerson: To Boldly Go Where No Woman Has Gone Before 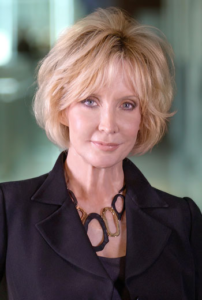 There’s no question that Nickerson has a deep passion for her work at the frontier of spaceflight and microbiology, which is providing new insight into how pathogens cause infectious disease. “Why do I do what I do?, “she asked, “first, infectious disease causes one-third of all deaths in the world; second, it’s the world’s leading killer of children and young adults; third, it has a significant impact on our military; fourth, we are currently faced with new and re-emerging pathogens many of which are multidrug resistant; and fifth, there are people who would intentionally misuse pathogens as agents of bioterrorism.” We thus urgently need new ways to outpace infectious disease.

Nickerson sends her experiments into space where fluid flow and other physical forces act differently in response to the microgravity environment.  Explaining that fluid flow is a major force in human disease, Nickerson explained that “we are basically plumbing with a range of fluid levels running through different parts of our body.” These forces are critical in determining whether our tissues behave normally or abnormally, and we discovered that the mechanical force of fluid flow also regulates the disease-causing potential of pathogens.  Her biomedical research has flown on numerous NASA Space Shuttle missions, the International Space Station, and continues on SpaceX flight experiments.

“We don’t have models that are effective enough to faithfully predict human disease,” she explained. “Nine out of 10 drugs fail in clinical trials – and that’s after an average of 12 and one-half years of study and $2.5 billion invested.”  We use spaceflight and other unconventional research platforms to develop predictive models of human disease that bridge the gap

What drives her intense commitment to her work – and to supporting the next generation of researchers? “My parents taught me to do whatever you can to make this world a little better,” she said. “Every time I failed, I had the support of my family.” Nickerson was a NASA Astronaut candidate finalist. She is encouraged by the fact that last year’s astronaut class was 50 percent female.

She encouraged her audience to be bold. “If you know you are on the right trajectory, don’t ever doubt yourself.” At the same time, she explained that arrogance kills curiosity. “We are as good as the team we associate with.”

Dr. Michelle Hanna: Nothing to Stop Me Now 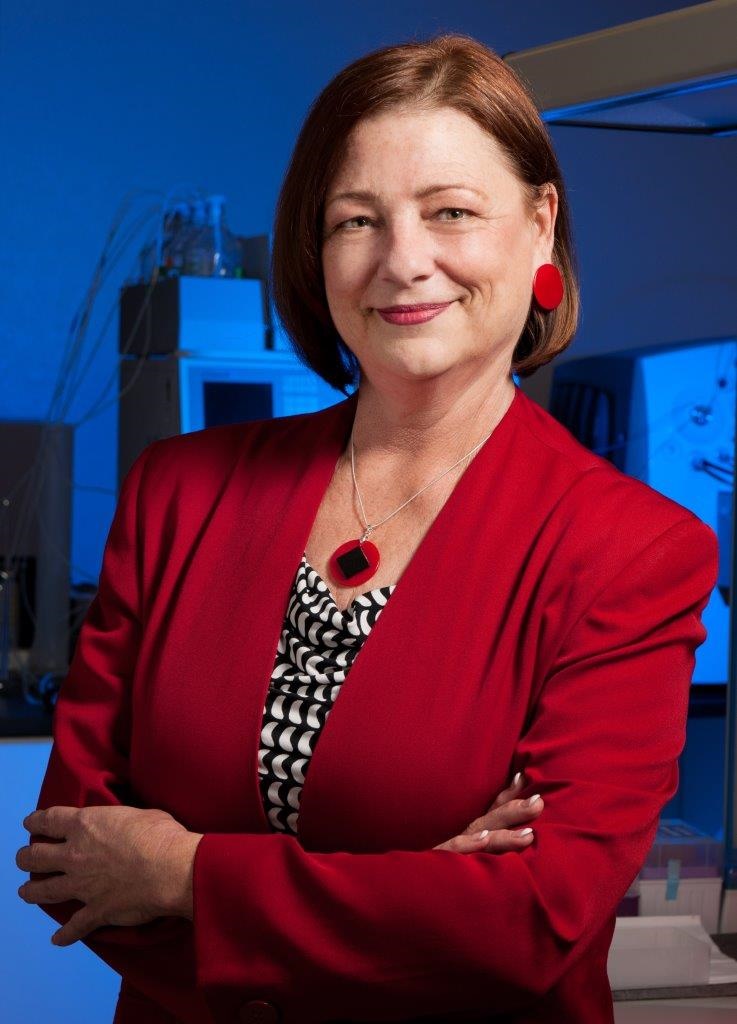 Michelle Hanna has successfully traversed the worlds of research, business – and single motherhood. Having earned a Ph.D. in chemistry, Hanna was a tenured chemistry and medical school professor before deciding to start her company in AZ. Not wanting to leave academics completely, she approached the Department of Chemistry, who had previously offered her a full time faculty position. In spite of impressive credentials, a pocketful of grant money – and a start-up on the horizon, she was refused her request to take a part time faculty position so she could be the PI on SBIR grants in her new company, which requires at least a 51% appointment in the company. When offered a full-time faculty position, or nothing, she made the decision to give up her academic tenure and jump off the entrepreneurial ledge.  Newly divorced with two young children, Hanna seemingly had no choice but to forge her own path.

When everyone else was paying attention to genetics, Hanna placed her bets on its regulator, epigenetics. Having spent much of her career studying cancer, she was acutely aware of the failures in current diagnostics and treatments.

“Less than half off the people prescribed drugs respond effectively,” she said. “With brain cancers, it’s even less. Let’s find a way to stop giving people drugs to which they will not respond.”

She became curious about the emerging field of epigenetics, the study of biological mechanisms that switch our genes on and off. Through her work she learned that DNA methylation changes often occur at an early stage in cancer and other disease, which makes DNA methylation biomarkers ideal targets for the early detection of disease. It also provides an opportunity to monitor… disease progression and response to treatment.

Today, Hanna is CEO of a company she founded in Phoenix, RiboMed Biotechnologies. Her company offers clinical tests for subtyping brain tumors and determining which patients will respond to chemotherapy.   She has over 20 issued and pending patents.

Hanna’s best advice for budding entrepreneurs is to find role models – “and find them at a very early age.”

“Be prepared to stand up for yourself,” she said. ”Be aggressive in seeking equal opportunities – but don’t be surprised if they don’t come easily.”