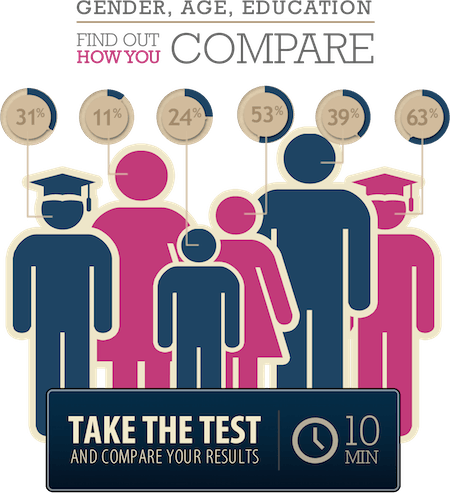 PHOENIX, Ariz. — July 20, 2022 — MindCrowd, a unique online research project aimed at finding the factors that affect the brain’s functioning as we age, has added new tests and smartphone access in its next push toward its goal of one million participants.

To help drive participation, an anonymous donor has pledged $1 to the Translational Genomics Research Institute (TGen), part of City of Hope, for each test taken this year.

When MindCrowd launched in 2013, participants age 18 and up accessed the free online memory and attention test on their computers, where they could learn more about their personal cognitive performance and compare their results to others like them.

Led by TGen Professor of Neurogenomics Matt Huentelman Ph.D., the MindCrowd research team has already used data collected from nearly 300,000 participants to learn more about how health, medical, and lifestyle factors affect cognition throughout the lifespan.

MindCrowd 2.0, launched in June, now includes eight new “brain game” tests and the ability to participate on the main site using a smartphone, said Huentelman. The project’s expansion should help researchers reach previously understudied groups of people and explore the effects of aging on more aspects of the brain, he noted.

“Not many studies examine the entire adult aging spectrum in one study like we do,” said Huentelman, “but part of our motivation is to improve the diversity, equity and the inclusivity in MindCrowd. Additionally, building on the success of the prior version of MindCrowd, we desired to expand the scope of the brain games to better characterize each participant’s brain.”

Lowering the Barriers to Participation

More than 60% of MindCrowd participants have now joined the project through their smartphones since launch of the new version. Making the project available on smartphones helps reach more people who are often underrepresented in studies of cognition, including people of color and people living in rural areas who may never get a chance to join scientific studies which are typically conducted in urban research hospitals or academic centers, Huentelman said.

People living in rural areas, in particular, “should be a big focus of diversity efforts because those folks are very understudied,” he said, adding that this is a particular strength of MindCrowd where 8% participants join from rural areas.

The battery of new tests allows researchers to look at the effects of age across more regions of the brain, said Lee Ryan, Ph.D., Professor and Department Head of the Psychology Department and Associate Director of the Evelyn F. McKnight Brain Institute at the University of Arizona, who founded MindCrowd along with Huentelman.

“The tests will tap into all kinds of different functions that we know or suspect could be changing with age, and not just memory and reaction times … but a whole group of things we call executive functions,” Ryan said, “such as your ability to control information in your mind, switch between tasks and keep in mind two things at once. These tests will hit all the major areas of cognition.”

The updates to MindCrowd were made possible by a 5-year, $60 million grant from the National Institutes of Health for the Precision Aging Network, a major research project to better understand how and why people experience brain aging differently. Led by researchers at the University of Arizona, the network includes scientists at TGen, Arizona State University, Emory University, Johns Hopkins University, Baylor College of Medicine, the Georgia Institute of Technology, and the University of Miami.

The idea behind the Precision Aging Network is to “allow us to find the variables that are most critical and most powerful for predicting brain and cognitive health outcomes,” said the grant’s principal investigator Carol Barnes, Ph.D., the University of Arizona Regents Professor of Psychology, Neurology and Neuroscience and Director of the UA McKnight Brain Institute.

MindCrowd’s unique focus on normative brain aging across the lifespan, along with its large number of participants, make it the “backbone” of the newly-formed network’s studies, Barnes noted. “It’s what the field has been missing.”

Huentelman and colleagues are also taking the project in new directions by following participants over time, to see how their performance on the games changes over months and years. Some of these participants also share blood collected from a pinprick test, which will be used to look for genetic markers associated with healthy cognitive aging, he said.

TGen Distinguished Professor and Director of TGen’s Quantitative Medicine & Systems Biology Division Nicholas Schork, Ph.D. will help manage the massive amount of data generated by MindCrowd 2.0. His work will allow the researchers to test the reliability of their findings and compare them to other large databases of information.

Huentelman compared the precision aging effort to the precision medicine revolution in cancer treatment, which tries to match the specific characteristics of a patient’s disease with personalized treatment recommendations.

“Our goal is to be able to better tell people personalized advice about how best to age, and which lifestyle factors will have the biggest benefit to them. We want to help close the gap between lifespan and cognitive health span,” he said.

Research funding support for MindCrowd comes from the National Institutes of Health’s National Institute on Aging; Mike Mueller and the Mueller Family Charitable Trust; The Arizona Department of Health Services through the Arizona Alzheimer’s Consortium; Flinn Foundation; The McKnight Brain Research Foundation, and many anonymous donors.