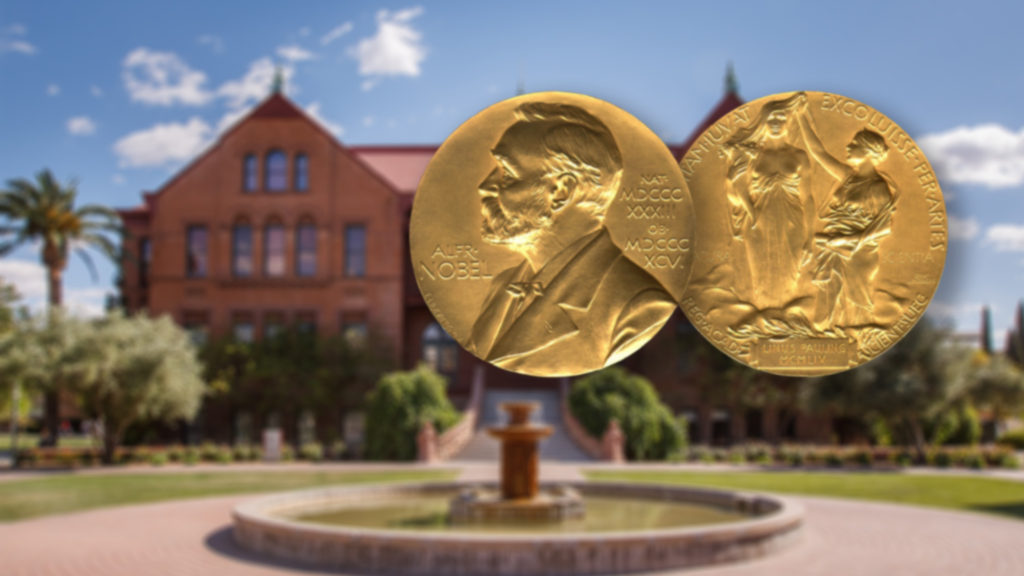 Sidney Altman, who shared the Nobel Prize in Chemistry in 1989, is joining the faculty of Arizona State University. (Image: ASU)

“My friendship with (Krauss) was probably what drew me there,” said Altman (left).

The students Altman has met on visits to ASU, including those he had in a six-week seminar a year ago, also attracted him to the university.

“I thought the students in the end were quite bright,” Altman said. “… The undergrads were all self-confident and very sure of themselves, which I thought was a good sign.”

Altman’s decision to join the faculty speaks to the growing respect ASU commands in higher education, according to Mark Searle, executive vice president and provost of the university.

“ASU’s rise as a top-tier research institution has helped attract high-caliber faculty across the university,” said Searle. “Sid Altman joining the university underscores that success and our increasing ability to create new opportunities for the expansion and discovery of knowledge.” 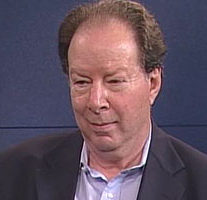 Altman shared the 1989 Nobel Prize in chemistry with Thomas R. Cech for their discoveries, independent of each other, that RNA actively aids chemical reactions in cells.

“We both discovered in different ways that the molecule called ribonucleic acid (RNA) can be a catalyst,” Altman said. “We both pointed out that there might be many more RNA molecules that can do these things too. Over the last 25 years that has turned out to be true. There have dozens of RNA molecules discovered over the past 25 years with all kinds of interesting functions. Certainly I knew RNA was an important molecule. … The field of RNA biology has exploded.”

Krauss, whose Origins Project was created to explore humankind’s most fundamental questions about our beginnings, said Altman’s research reshaped the way scientists think about the origins of life.

“Because the work for which Sid won the Nobel Prize changed our understanding of the possible origin of life on Earth, via a potential RNA world, it was both natural, and a distinct pleasure, to be able to invite my past colleague (and as dean, my former boss!) at Yale to participate in one of our first Origins workshops here at ASU,” Krauss said.

“Sid enjoyed the experience enough so that he became a regular Origins visiting professor. It is now a far greater pleasure to once again be on the faculty together, this time at a university both of us now enjoy far more.”

Altman was born on May 7, 1939, in Montreal, Quebec. Although he became a U.S. citizen in 1984, he retained his Canadian citizenship. In 1960, he received a B.S. degree in physics from the Massachusetts Institute of Technology in Cambridge. From 1960 to 1962, he was a teaching assistant at Columbia University in New York City. Later, he enrolled at the University of Colorado in Boulder, where he received a PhD degree in biophysics in 1967.

From 1967 to 1969, Altman was a research fellow in molecular biology at Harvard University in Cambridge. In 1969 and 1970, he worked in the group headed by Sydney Brenner (2002 Nobel Prize in Physiology or Medicine laureate) and Francis Crick (1962 Nobel Prize in Physiology or Medicine) at the Medical Research Council Laboratory of Molecular Biology, University of Cambridge, England.

“Brenner is one of the most intelligent people I‘ve ever met, although I did interact with Francis at various times,” Altman said. “Brenner and Crick did something very unusual in Cambridge. They shared an office together. I don’t know of any faculty, in the U.S. or Canada, who share an office. They had a desire to talk to each other and share ideas all the time. Most of my detailed conversations about science took place with Sydney Brenner. He actually deserved (his Nobel) several decades before (it was awarded).”

In 1971, Altman joined the biology department of Yale University in New Haven, Connecticut, and rose from assistant professor to full professor in 1980. From 1983 to 1985, he was department chair at Yale, and from 1985 to 1989, he was dean of Yale College.

At ASU, Altman will work with small groups of students in seminar-style classes.

“Sid Altman is a dedicated teacher, who has given a well-received honors course on RNA biology for the last two years,” said professor Bert Jacobs, director of the School of Life Sciences. “It is certainly unique for our students to be able to take small-format courses from a Nobel laureate on his area of expertise. Dr. Altman will bring research on novel use of RNA as a next-generation antibiotic to ASU, providing collaborative opportunities for ASU faculty. His work has the potential to help deal with the ever-increasing resistance of micro-organisms to conventional antibiotics.”

Unusual even for a Nobel winner, Altman was featured on a stamp in 2001: the $1.50 Antigua & Barbuda stamp.

“Somebody showed me a picture of that once,” he said. “It’s not a big deal.”

There have been other unexpected surprises.

At a meeting in Israel a year and a half ago, he gave a lecture on his work to an army detachment. A young man and woman came up to him afterwards and said, “We live on your street.”

A new subdivision on the edge of town was called the Nobel neighborhood. They lived on Sidney Altman Street. Altman went back to his hotel and looked it up on Google Earth.

“I was extremely surprised by this,” he said. “I had trouble believing it.”

One other thing the Canadian resident of Connecticut had trouble believing was Arizona sunshine.

“I have to say I left New Haven the day before they had an enormous snowfall here,” he said. “I got out of the plane in Phoenix, and it was sunny and 75.”