NuvOx Pharma, a Tucson-based biotech startup, founded in 2008 is metamorphosing from an R&D startup to one that is testing the Company’s nanotechnology therapeutic platform in the clinic. 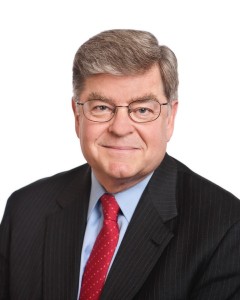 According to Chief Business Officer, David Wilson, this transition ratchets up the expenses, but clinical trials are the only way to determine the therapeutic potential of the NuvOx platform and to garner the interest of potential collaborators and investors.  “Now that we are in the clinic this is where the rubber meets the road from a drug development perspective and what Therapeutic Areas the platform will provide benefit”.  With demonstrated proof-of-concept in humans, we are now ready to start discussions with potential corporate partners and institutional investors”, according to Dr. Wilson.

The nanotechnology therapeutic platform is based on unique perfluorocarbon emulsions of dodecafluoropentane (DDFPe).  Twenty years ago it was determined that stable nanodroplets of DDFPe could be transformed into microbubbles that were well suited for ultrasound contrast imaging of the cardiovascular system.  The product was tested to be safe and effective to the point where a New Drug Application (NDA) was filed with the US FDA and European EMA for approval with the full cadre of pre-clinical and human clinical data supporting approval as an imaging agent. Due to market considerations, however, it was never launched as a product.   About 10 years ago it was observed that this product had an amazing capacity to safely increase the oxygen concentration in tissues that were deprived of oxygen.  This condition is called hypoxia and/or ischemia and that DDFPe had the potential to reverse that condition. Evan Unger,  Founder/CEO of NuvOx said, “After learning that DDFPe transported hundreds of times more oxygen than any other material, I co-founded NuvOx, to develop this platform nanotechnology.  Ischemia, or limited oxygen supply is responsible for more deaths than any other condition, causing stroke, heart attack, limiting the response of cancer to treatment, as well other conditions.” NuvOx was founded on this observation and owns the NDA dossier, all intellectual property and trade secrets for therapeutic application of DDFPe in it’s many forms.  NuvOx continues to develop intellectual property around optimal formulations and dosing regimens for the variety of therapeutic indications that have been tested in animal models and sees broad application to life threatening conditions where overcoming diminished oxygen is part of the problem.  It has been shown in animal models for radiation treatment of solid tumors to increase survival 400%, by improving the effectiveness of radiation therapy.  It has been shown to reduce tissue damage from heart attack by 75%, stroke by 85%, survival from hemorrhagic shock by 100%, and has the potential to improve eye disease, transplantation success rates, wound healing, sickle cell crisis, etc; any condition where low blood oxygen is a causative factor.  The heart attack work was done in collaboration with Dr. Larson at the University of Arizona Sarver Heart Center.  The stroke work was done in collaboration with Dr. Culp at the University of Arkansas Medical Center.  The hemorrhagic shock study was funded by the US Military and done in collaboration with Dr. Lundgren at the University of Buffalo, New York and traumatic brain injury work is currently being performed under a CRADA with the US Navy.

NuvOx has chosen to initially pursue a cancer indication in Glioblastoma multiforme in combination with the standard of care.  This is a terrible disease with relatively poor success rates.  The standard of care is to undergo surgery followed by 30 radiation treatments plus chemotherapy with the probability of 3-year survival on the order of 3-5%.  NuvOx is collaborating with RiboMed Biotechnologies to evaluate the genetic biomarkers correlates with GBM patient responses in the trial.  In addition, they will be collaborating with the University of Arizona to evaluate the sensitivity of Told Oxygen Level Dependent (TOLD) MRI to measure the effects of DDFPe on tumor oxygenation.  Patients have many choices for experimental therapies, but the fact that DDFPe has already been shown to be safe in 2200 patient when tested as a diagnostic imaging agent, we believe that we can effectively compete for the ~200 patients that go through the treatment network in which we have been approve to enroll.    The 18-month study is being done in Australia; with the establishment of the therapeutic dose as a primary end-point and 6 month-progression free survival as the secondary endpoint.  In addition, NuvOx has applied for eligibility for the 45% R&D investment refund for the money we will be spending.

Over the short-term NuvOx has the funding to embark upon clinical development, however pursuit of application in other Therapeutic Areas requires a corporate partner or institutional investor.  NuvOx will be in the fundraising mode throughout 2014 and in the near term will be presenting at Venture Summit West (Mountain View, CA) in February, Cancer Biopartnering (NYC) and NCET2 (Washington, DC) in March and ASCO in June.  2014 will be an inflection point year where NuvOx will be focused on spending the next 12 months pursuing equity and corporate partnering opportunities while they continue to patent, validate and expand the therapeutic potential of their nanotechnology platform.