Jim Ratcliff shares what is like  expanding into China during a Trade War. 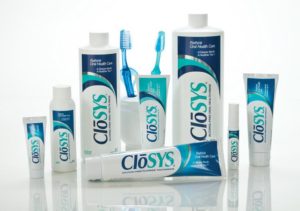 When it comes to the toothpaste aisle at your local drug chain store, Rowpar Pharmaceuticals doesn’t have a household name on the shelf.

But while there are no Colgates or Crests under their product umbrella, Dr. James Ratcliff stands by the company’s CloSYS brand and its performance. ”Our toothpaste outperforms the big guys three and fourfold in terms of anti-cavity protection and the prevention of plaque regrowth,” Ratcliff, the company’s CEO and Chairman, tells Chief Executive.

Ratcliff came to Rowpar Pharmaceuticals 16 years ago from the world of higher education. He was helping out the founder—aka his father—with an intellectual property dispute. Since it was hard for them to recruit a CEO under those circumstances, he raised his hand and took the job, eventually deciding to stay for the long haul. The company is growing at a 15% year-over-year clip, with an increasing international presence (the company announced its move into China in the beginning of 2018).

Ratcliff spoke to Chief Executive about the day-to-day challenges of the company, its foray into China and how the trade dispute will impact them and more.

Read the interview at Chief Executive: