Variants are positions of DNA sequence where we differ from one another. Every individual’s genome has 3.5 to 4 million variants.  In the burgeoning genetic medicine industry, each one of these variants must be classified to understand whether they will play a pathogenic role in the patient’s disease.

In response to widely varying categorizations, the American College of Medical Genetics and Genomics (ACMG) has recently released guidelines to standardize classification of variants that will allow health care professionals to interpret a patient’s genomic analysis report.

Comprehensive genomic analysis of patient’s DNA is proving to be extremely valuable for accurate diagnosis of many inherited diseases and selection of cancer therapeutics. The field of precision medicine will benefit greatly by the uncovering of 3 billion bases or large parts of it that comprise a person’s genome. With sequencing of large numbers of genomes, there will be many new variants discovered. However, to make sense of which variants predispose us to disease, are protective for our health and causative for disease, the standards will be a critical tool for the clinical community.

Dr. Nazneen Aziz, senior vice president of research and chief research officer at Phoenix Children’s Hospital, contributed to the development of the guidelines, which were released in March. 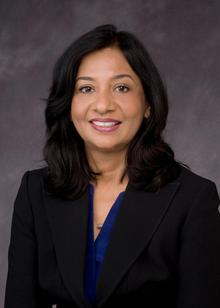 “Over the past five years, with the advent of a new technology called next generation sequencing (NGS), large scale sequencing of patient DNA is becoming routine,” said Dr. Aziz. “However, the medical profession has not kept pace with effective standards of evaluation of the large numbers of novel variants that are uncovered in each patient. These new recommendations will serve as an important tool in classifying genetic variants and interpreting a patient’s risk level.”

Dr. Aziz, a molecular geneticist with extensive experience in the field of personalized/precision medicine both in academics and in the biotechnology industry, led the development of the first set of standards for the clinical laboratory for next generation sequencing during her tenure at the College of American Pathologists (CAP). She was a member of the Interpretation of Sequence Variants workgroup composed of members from three professional societies – ACMG, Association of Molecular Pathology and CAP that published this most recent guideline document.

Co-authors came from three major groups, including the ACMG, the Association for Molecular Pathology and the College of American Pathologists.