Arizona State University is preparing to build the third phase of its Biodesign Institute. This master plan calls for four buildings. 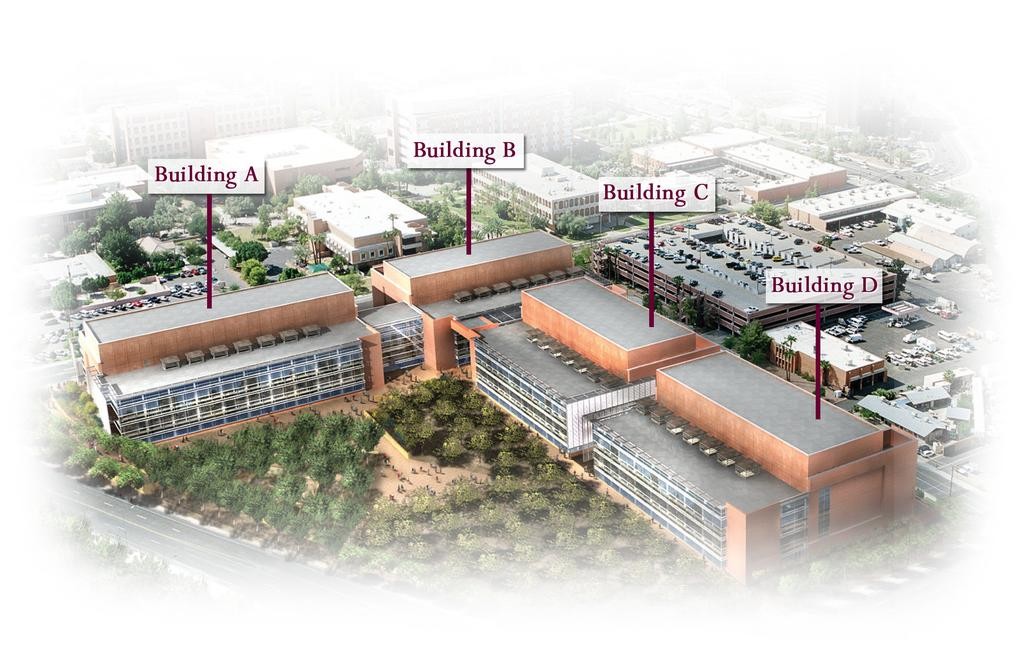 Arizona State University’s master plan for its Biodesign Institute includes four buildings. The first two (A and B) are completed. The third Building C is next on the drawing board.

ASU’s master plan always had four Biodesign Institute facilities comprising 800,000 square feet on the Tempe campus, but when the economy soured, those plans slowed down, and now ASU officials are determining whether to only build this third building, and just make it a larger.

The footprint of the structure remains unclear, as ASU officials determine how dense they want to go.
Dr. Raymond DuBois, executive director of the Biodesign Institute at ASU, said it’s too soon to determine when construction would begin and when it would open.

“We’re doing a lot of the engineering and the initial design now,” DuBois said. “We haven’t gotten to the contracting phase yet. Everybody is on it and doing the best they can to get it going.”

The 172,000-square-foot Building A was completed in December 2004 and is four stories, while Building B was finished in January 2005 and has 175,000 square feet. Together, they house more than 600 faculty, staff and students.
The Biodesign Institute had an economic impact of $1.5 billion in its first decade of operation, according to a study by the Seidman Research Institute at ASU’s W.P. Carey School of Business.

Instead, ASU will invite six scientists from Banner Sun Health Research Institute to move to the Tempe campus, said Dr. Eric Reiman, executive director of the Banner Alzheimer’s Institute and professor of neuroscience at ASU.
DuBois said those scientists will be teaching at ASU.
“It will be convenient for them to teach when they’re on the same campus where the students are,” DuBois said. “We want them to collaborate with established investigators in psychology and the school of life sciences and other areas on the ASU campus. Those collaborations would be a lot easier to carry out if they are geographically located here.”