A $37.5 million grant from the National Institutes of Health will allow the University of Arizona to test a unique treatment for Alzheimer’s disease. 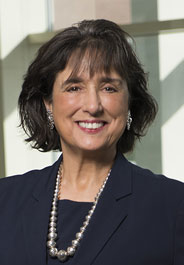 A $37.5 million grant from the National Institutes of Health will allow the University of Arizona to test a unique treatment for Alzheimer’s disease.

A team led by Roberta Diaz Brinton, director of the Center for Innovation in Brain Science, received the multi-million dollar grant from the National Institute on Aging. The five-year grant will fund a national multi-site Phase 2 clinical trial to determine the effectiveness of allopregnanalone, or allo, as a treatment for individuals with early-stage Alzheimer’s who carry the genetic risk factor for the disease. This award supports the goals of the National Alzheimer’s Project Act.

“Based on our discovery and early clinical research findings, we are optimistic that allo could be an effective treatment for Alzheimer’s,” Brinton said. “Our precision medicine approach for Alzheimer’s is designed to treat the right person at the right time. Specifically, our clinical trial of allo will focus on those with early-stage Alzheimer’s who have the genetic risk factor for the disease. We are thrilled to advance allo as the first regenerative therapeutic for Alzheimer’s and to bring innovations in the brain science of the future to those who need a cure today.”

Currently, no effective treatments are available for Alzheimer’s. As the global population ages, greater urgency exists to develop therapeutics that will prevent and treat this devastating disease.

“Dr. Brinton and her team are spearheading innovative clinical research that is vital to advance our pursuit of cures for neurodegenerative diseases such as Alzheimer’s,” said UA President Robert C. Robbins. “This work has the potential to have a direct impact on the health and quality of life of millions of people. The University of Arizona is where innovation happens, and the clinical trial of allo as the first potential regenerative therapeutic for Alzheimer’s is a great example of our transformative DNA.”

“Dr. Brinton’s research has the potential to bring relief to the millions of people who are living with Alzheimer’s, and to the countless more family members who are experiencing these effects in a loved one,” said Elizabeth Cantwell, UA senior vice president for research and innovation. “Research that comes out of the labs and truly makes a difference in the everyday lives of people is one of the core principles of research at the University of Arizona.”