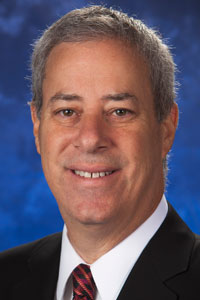 CHICAGO and PHOENIX (September 29, 2015) – The future success of Alzheimer’s prevention research could depend on the ability of researchers from different clinical trials to build collaborative relationships that facilitate the sharing of information, resources and expertise that may speed the discovery of new preventive treatments, according to leading Alzheimer’s researchers who published a Perspectives article, “CAP–advancing the evaluation of preclinical Alzheimer disease treatments,” online today in Nature Reviews Neurology.

The 12 co-authors, representing six clinical trials and two organizations keenly interested in Alzheimer’s, are part of the Collaboration for Alzheimer’s Prevention (CAP), formed in 2011 to help researchers learn from and support each other’s work; share data; harmonize data gathering and trial outcomes to allow for comparability across studies; hold open, informal dialogue with regulators; and chart new territories. The researchers also called on others to join and expand CAP’s efforts in Alzheimer’s prevention.

The founding members of CAP include representatives from the Anti-Amyloid Treatment in Asymptomatic Alzheimer’s Disease (A4) Study, Dominantly Inherited Alzheimer Network Trials Unit (DIAN-TU), Alzheimer’s Prevention Initiative (API), the Food and Drug Administration (FDA), the National Institute on Aging (NIA), the Alzheimer’s Association and FBRI. Researchers from the TOMMORROW Trial later joined CAP, bringing the perspective of a study that is funded by industry rather than government agencies such as the NIA.

“When the Alzheimer’s Association teamed up with FBRI to convene representatives from Alzheimer’s prevention trials, we wanted to tap into a spirit of collaboration among these researchers that would make a positive impact on the clinical trials process,” said Maria Carrillo, PhD, chief science officer at the Alzheimer’s Association. “It was apparent from early conversations that all the prevention trials, and the Alzheimer’s research field, would benefit from ongoing conversation and coordination among the scientists, and with the regulatory agencies. Before CAP, researchers had one-off conversations and conducted trials in a way that created unnecessary overlap. This collaboration eliminates that among CAP participants and aligns everyone’s work where it makes most sense.”

“FBRI, alongside the Alzheimer’s Association, believes that prevention research is the future in the fight against Alzheimer’s,” said Stacie Weninger, PhD, executive director of FBRI and CAP’s chairperson. “CAP is strategically important because it brings together stakeholders in a way that yields practical benefits – in this case, accelerating the evaluation of prevention trials. The lessons learned from A4, API, DIAN-TU and TOMMORROW will also set the stage for investigators who want to test other prevention therapies.”

CAP has contributed to the refinement of six Alzheimer’s prevention trials – four that have launched and two that will start soon. CAP aims for researchers to provide assistance to each other in the development of trial outcomes (cognitive and clinical endpoints, and biomarkers), standardization of sample and data collection (clinical and cognitive data, imaging, and biofluids), and recruitment and retention of study participants (registry development and risk disclosure).

Reisa Sperling, MD, director of the Center for Alzheimer’s Research and Treatment at Brigham and Women’s Hospital, Harvard Medical School, added, “Early discussions with government regulators – made possible through CAP – have greatly helped move clinical trials forward. In the case of the A4 Trial, we were able to advance the trial along to the next phase of the clinical trial process with this regulatory insight.” Sperling is the lead investigator for the A4 Study and Longitudinal Evaluation of Amyloid Risk and Neurodegeneration (LEARN) trials.

Randall Bateman, MD, DIAN-TU’s director and professor of neurology at Washington University School of Medicine and the principal investigator of DIAN-TU, noted, “DIAN-TU is measuring the effects of potential treatments using Alzheimer’s biomarkers that were harmonized to CAP standards. The Alzheimer’s field greatly benefits from the coordination that CAP provides for prevention studies, and the CAP synergy is clearly in the best interests of the patients and the field.”

“Collaboration across CAP member studies has the high potential of providing unique insight into the early stages of cognitive decline in Alzheimer’s, through the very different strategies used in these trials to enrich the subject groups for AD risk,” said Kathleen Welsh-Bohmer, PhD, neuropsychology lead for the TOMMORROW Study at Duke University.

Eric Reiman, MD, executive director of Banner Alzheimer’s Institute and one of the lead investigators of API, along with Pierre Tariot, MD, and Jessica Langbaum, PhD, added “CAP gives us a chance to vet and exchange ideas, enable comparisons among trials, and help each other and the rest of the field evaluate promising prevention therapies in the most thoughtful, transparent and effective way.”

Langbaum indicated that API’s trials have benefited from participation in CAP in a number of ways. For example, both of API’s studies use CAP-harmonized procedures to acquire brain images and fluid samples. API researchers also secured agreement from industry partners to make available data and biological samples upon completion of the trials.

In fact, all groups are working with their respective partners to enable an unprecedented level of data sharing, including in some cases not only sharing upon completion of the trial, but also the sharing of baseline data as early as the conclusion of enrollment in a given trial.