Chi-En Lin, a doctoral candidate in biomedical engineering, has won Metrohm USA’s Young Chemist Award 2018. This is the second year in a row a biomedical engineer from Assistant Professor Jeffrey La Belle’s Lab has won the award. 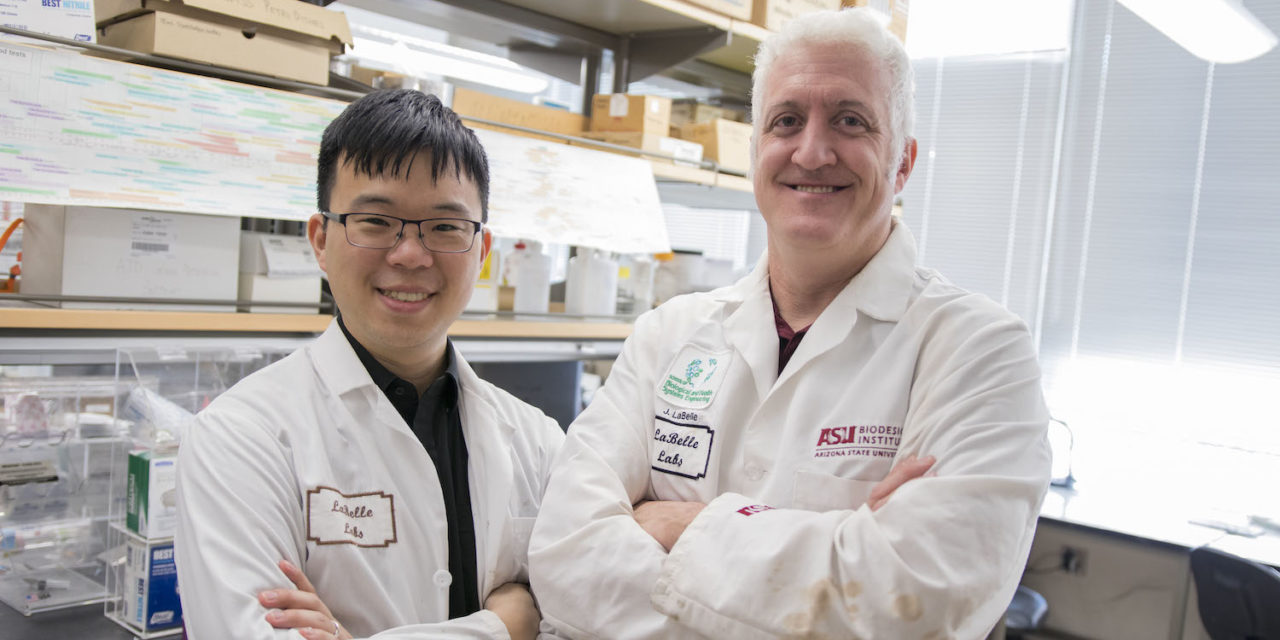 Lab tests take anywhere from several days to weeks before reaching a patient. But, what if these same tests could be completed in minutes? This revolutionary shift in health care could solve a pressing need in today’s medical field: early diagnosis.

Theoretically, doctors would receive results from a hand-held meter with multi-biomarker detection technology while patients sit in the waiting room. This technology will measure multiple sources, such as saliva, tears and blood, to indicate the presence or severity of disease. The health data would be accessible during the patient’s visit — speeding up the diagnosing process dramatically. Eventually, patients would also have access to these meters, enabling them to take their health into their own hands. 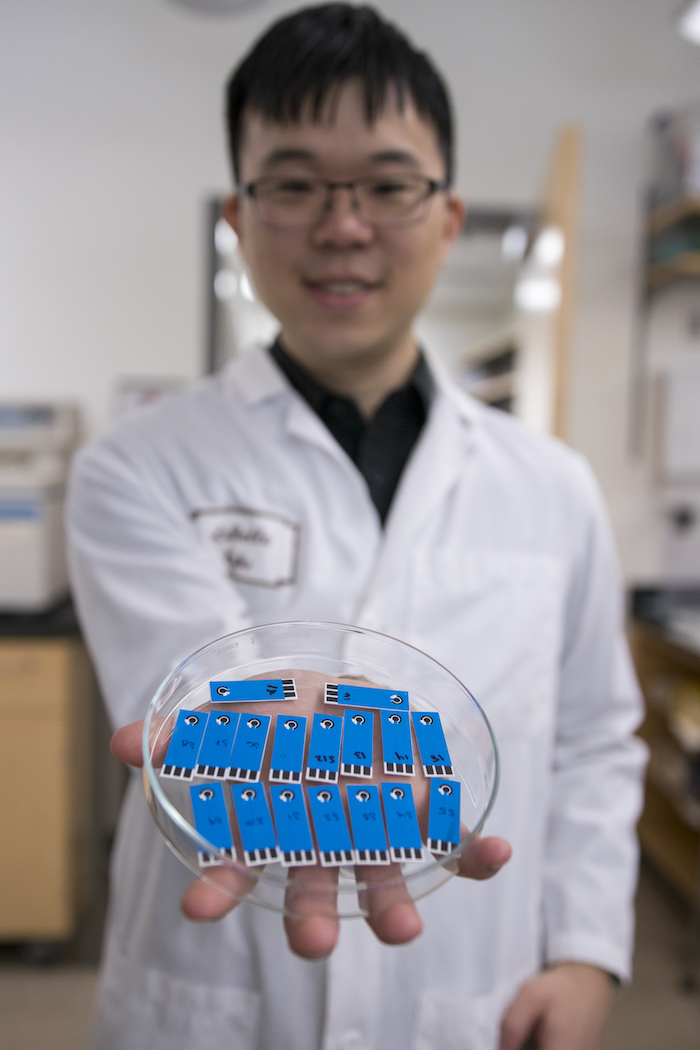 Chi-En Lin’s groundbreaking research on rapid biosensors to detect and monitor disease has earned him Metrohm USA’s Young Chemist Award for 2018. It’s a heavily sought-after award with winners from the University of California, San Diego; the University of Wisconsin–Madison; and the University of British Columbia.

“I still wake up in the middle of the night wondering if it was a dream or not,” said Lin, a biomedical engineering doctoral candidate in Arizona State University’s Ira A. Fulton Schools of Engineering.

This is the second year in a row a graduate student from the Fulton Schools has won the award. The common denominator between the awardees is graduate mentor Jeffrey La Belle, an assistant professor of biomedical engineering in the School of Biological and Health Systems Engineering.

“Being influenced by La Belle’s mentorship has helped me a lot,” said Lin. “It helps me see the big picture around different projects and how to connect them together. Also, being able to see the practicality side of research. I think that’s how it prepared me to win this award.”

Due to the complex nature of diseases and the potential risk of multiple diseases occurring simultaneously, current state-of-the-art detection methods are insufficient. They only monitor a single biomarker at a time, and it takes weeks or even months to eventually get a comprehensive picture of a person’s health. By then, the body has already changed. Rather, a more inclusive group of biomarkers should be monitored at the same time to achieve efficient and accurate personalized medicine.

To create this multi-biomarker detection platform, Lin will design and develop biosensors similar to a blood glucose test strip for diabetes management. These are relatively robust, easy to use and obtain results rapidly, which are ideal for clinical diagnostics, disease management and early screening.

“Lin took a theory, explored it, expanded it and made it a reality. This means for sensors, a much better device can be made,” said La Belle. “This opens the door to monitor disease and therapies simultaneously without ever having to go back to the hospital.”

As a bioengineer being recognized for great chemistry on a medical device, Lin’s research is highly interdisciplinary. The project encompasses three core areas of La Belle’s lab: electrochemical biosensors, wearable technology and advanced manufacturing. Lin has also collaborated with genetic engineering exchange scholars from the Tokyo University of Agriculture and Technology.

Lin’s multi-biomarker detection platform has been sponsored by Advanced Tear Diagnostics, Mayo Clinic and the Industrial Technology Research Institute of Taiwan as well as a few startup companies.

“When people are willing to invest in your work, you realize it does have a real impact on the world,” said Lin. “By having this tool and being able to measure biomarkers that would otherwise take weeks to obtain, the instantaneous feature of it will result in more accurate and punctual treatment while raising a patient’s health awareness. This is a huge plus for preventative care as well as disease management.”

Lin will receive the Young Chemist Award at PITTCON 2018, an annual conference on laboratory science that attracts attendees from industry, academia and government from around the globe. He will compete with Young Chemist Award winners from other countries for a chance to visit Metrohm’s International Headquarters in Switzerland.

“Being an international student, I’m ineligible to apply for many things, especially grants and awards. So, for the longest time on my résumé, the honors and awards section was blank,” said Lin. “This award finally puts me at the same starting line as other PhD graduates in terms of finding jobs and that’s very exciting.”

Amanda currently serves as a science writer in the Ira A. Fulton Schools of Engineering at Arizona State University. Prior to this role, she worked as a copywriter for five years in the College of Liberal Arts and Sciences and at G/O Digital (formerly GannettLocal). In 2013, Amanda earned a Bachelor of Arts in English (creative writing) at ASU. Now, she’s pursuing a Master of Science in technical communication from the College of Integrative Sciences and Arts. Media Contact: anstonem@asu.edu | 480-727-5622 | Ira A. Fulton Schools of Engineering Communications