Ponatinib is effective against SCCOHT, a type of ovarian cancer that mostly strikes young women and girls as young as 14 months 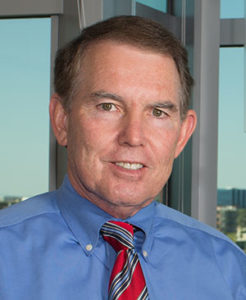 An anti-cancer drug used to fight leukemia shows promise against a rare and aggressive type of ovarian cancer — small cell carcinoma of the ovary hypercalcemic type (SCCOHT) — which strikes young women and girls, according to a study led by the Translational Genomics Research Institute (TGen).

Ponatinib was found in TGen-led drug screens and preclinical studies to significantly delay tumor growth and reduce tumor volume in SCCOHT, according to the study published online in the scientific journal Clinical Cancer Research. The findings suggest that ponatinib should be tested for use in SCCOHT patients in clinical trials.

The statistics for SCCOHT are bleak. This rare and aggressive form of ovarian cancer has been diagnosed in women as old as 47, and as young as 14 months, with a median diagnosis of only 24 years of age. It has a dismal two-year survival rate of less than 35 percent.

“Current treatment for this devastating cancer has such poor response rates and extreme toxicity that we must find better therapeutics,” said Dr. Jeffrey Trent, TGen President and Research Director, and the senior author of the study. “Our work identifies a new treatment strategy that could provide these young women with improved patient benefit.”

An international research team led by TGen, an affiliate of City of Hope, first discovered that a mutation in the gene SMARCA4 was the genetic cause of SCCOHT, according to a 2014 study published in Nature Genetics. The SMARCA4 gene — previously associated with lung, brain and pancreatic cancer — was the only recurrently mutated gene in the study’s samples

In the most recent study, TGen laboratory researchers found that SCCOHT tumors, driven by the inactivation of the SMARCA4 gene, are reliant on receptor tyrosine kinase (RTK) cellular pathways. Researchers identified these pathways from screens of drugs already approved by the FDA that might be effective against this cancer.

“We identified ponatinib as the most effective clinically approved RTK inhibitor,” said Dr. Jessica Lang, a TGen post-doctoral fellow and co-lead author of the study. “It holds the potential for rapidly improving outcomes for these young patients.”

In laboratory models, ponatinib delayed tumor-doubling time by four-fold, while reducing tumor volumes in models by as much as 58.6 percent, the study said.

“Evaluation of a panel of selective RTK inhibitors highlighted ponatinib as the most potent tested agent in SCCOHT cell lines,” said Dr. William Hendricks, Assistant Professor in TGen’s Integrated Cancer Genomics Division, and the other co-lead author of the study. “Clinical investigation of this FDA-approved oncology drug is warranted in SCCOHT.”

Much of the work in this study was inspired by the memory of Taryn Ritchey, a 22-year-old TGen patient who in 2007 lost her battle with ovarian cancer. More than 14,000 patients in the U.S. will die this year from ovarian cancer, making it the 5th leading cause of cancer death among American women.

The study, Ponatinib shows potent antitumor activity in small cell carcinoma of the ovary hypercalcemic type (SCCOHT) through multi-kinase inhibition, was released ahead of print on Feb. 9 in Clinical Cancer Research, a publication of the American Association for Cancer Research.

About TGen
Translational Genomics Research Institute (TGen) is a Phoenix, Arizona-based non-profit organization dedicated to conducting groundbreaking research with life changing results. TGen is focused on helping patients with neurological disorders, cancer, diabetes, and infectious diseases, through cutting edge translational research (the process of rapidly moving research towards patient benefit).  TGen physicians and scientists work to unravel the genetic components of both common and rare complex diseases in adults and children. Working with collaborators in the scientific and medical communities literally worldwide, TGen makes a substantial contribution to help our patients through efficiency and effectiveness of the translational process. TGen is affiliated with City of Hope, a world-renowned independent research and cancer and diabetes treatment center: www.cityofhope.org. This precision medicine affiliation enables both institutes to complement each other in research and patient care, with City of Hope providing a significant clinical setting to advance scientific discoveries made by TGen. For more information, visit: www.tgen.org. Follow TGen on Facebook, LinkedIn and Twitter @TGen.