Changes to existing medical devices 510 (k) guidelines – has the FDA gone too far?

Significant advances in technology have occurred since the FDA released guidance on changes to an existing medical device in 1997. It seems logical that the FDA would want to update its current thinking. However, there was a groundswell of criticism, upon the release of draft guidance in 2011 – resulting in the FDA’s rescission of its updated guidance pending further review by Congress. 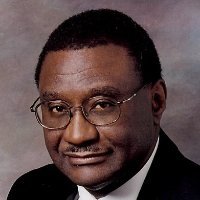 Jim Hamilton is a former FDA compliance officer with over 25 years of experience with the FDA and 10 years in private industry.
He is the CEO and Co-Founder of the quality & compliance consulting firm JE Hamilton & Associates and is a member of AZBIO.

FDA is due to issue a report to Congress, no later than January 2014. In its report, the FDA is required to explain how it will determine when a 510(k) is need for a change to an existing medical device. In addition, they must explain how they plan to maintain effective oversight while also allowing industry the freedom to innovate.

AdvaMed has expressed its opinion. As I understand, they feel that the FDA’s concerns can be addressed through a few ‘targeted improvements’ (or rather explicit requirements) added to the 1997 guidance as follows: (As EXCERPTED from page 16 of AdvaMed’s white paper released on June 11, 2013: MODIFICATIONS TO CLEARED DEVICES IN COMMERCIAL DISTRIBUTION: DETERMINATION OF THE NEED FOR ADDITIONAL 510(k) PREMARKET NOTIFICATION)

As I understand it, AdvaMed’s chief concerns relate to Class I and II medical devices as well as the need for a more clear definition of what constitutes a “significant change”. For Class I and II devices, I agree with AdvaMed’s intended proposed changes to the current 1997 guidance. However, as I expressed above; they can’t simply be expressed as requirements in a guidance document. I also agree with AdvaMed’s position that the current 1997 guidelines don’t impede the FDA from finding violations and taking appropriate enforcement action.

The rescinded 2011 FDA guidelines were proposed as a preventive action to help minimize the risk of serious injuries to the patient, a common goal of both the manufacturer and the FDA. FDA actions may slow some of the changes that manufacturers may propose before marketing, but that should help the esteem of the industry and not harm it by working together.

One final thought – neither the existing guidelines on when to submit a 510 (k), nor the rescinded draft guidelines mention combination device products. The FDA needs to also address how to handle those products.

Jim Hamilton is a former FDA compliance officer with over 25 years of experience with the FDA and 10 years in private industry. He is the CEO and Co-Founder of the quality & compliance consulting firm JE Hamilton & Associates and is a member of AZBIO.