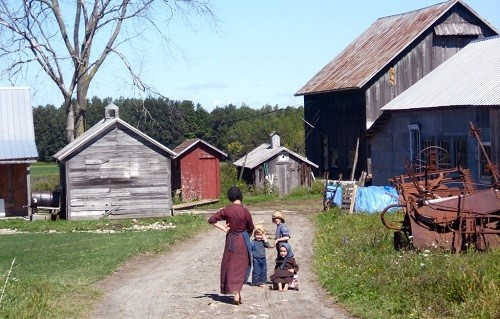 TUCSON, Ariz. – By probing the differences between two farming communities—the Amish of Indiana and the Hutterites of South Dakota—an interdisciplinary team of researchers found that specific aspects of the Amish environment are associated with changes to immune cells that appear to protect children from developing asthma.

In the Aug. 4 issue of the New England Journal of Medicine, the researchers—from the University of Arizona, University of Chicago and the Dr. von Hauner Children’s Hospital in Munich, Germany—showed that substances in the house dust from Amish, but not Hutterite, homes were able to engage and shape the innate immune system (the body’s front-line response to most microbes) in young Amish children in ways that may suppress pathologic responses leading to allergic asthma. 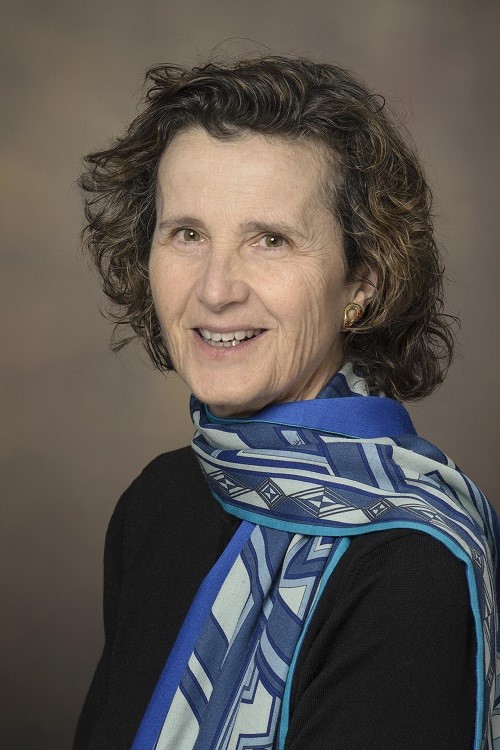 “We have proven that the reason the Amish children are so strongly protected from asthma is how they live,” said study co-author, immunologist Donata Vercelli, MD, associate director of the Asthma and Airway Disease Research Center at the University of Arizona Health Sciences.

“We now have a model that over time may allow us to understand what component of the environment is required; basically, we are learning from the Amish environment how to prevent asthma,” added Dr. Vercelli, who also is professor of cellular and molecular medicine at the UA College of Medicine – Tucson, a member of the UA BIO5 Institute and director of the Arizona Center for the Biology of Complex Diseases.

The study “shows that the source of protection is not simply farming, and has narrowed in on what the specific protection might be,” said study co-author Carole Ober, PhD, professor and chairman of human genetics at the University of Chicago. “We also clearly show, in humans and in mice, that this protection requires engagement of the innate immune system.”

“Over a decade ago, our colleague Erika von Mutius discovered that growing up on a farm can protect against asthma,” Dr. Ober said. “Our new study builds on her work, some initial observations made by co-author Mark Holbreich among the Amish, and our long-standing work on asthma in the Hutterites.”

The Amish and Hutterite farming communities in the United States, founded by immigrants from Central Europe in the 18th and 19th centuries, respectively, provide textbook opportunities for such comparative studies. The Amish and the Hutterites have similar genetic ancestry. They share similar lifestyles and customs, such as no television and a Germanic farming diet. They have large families, get childhood vaccinations, breastfeed their children, drink raw milk and don’t allow indoor pets.

The communities, however, are distinct in two important ways. Although both groups depend on agriculture, their farming practices differ. The Amish have retained traditional methods. They live on single-family dairy farms and rely on horses for fieldwork and transportation. In contrast, the Hutterites live on large communal farms. They use modern, industrialized farm machinery. This distances young Hutterite children from the constant daily exposure to farm animals.

The other striking difference is what Dr. Ober calls a “whopping disparity in asthma.” About 5 percent of Amish schoolchildren ages 6 to 14 have asthma. This is about half of the U.S. average (10.3 percent) for children aged 5 to 14, and one-fourth of the prevalence (21.3 percent) among Hutterite children.

To understand this disparity, the researchers studied 30 Amish children 7 to 14 years old, and 30 age-matched Hutterite children. They scrutinized the children’s genetic profiles, which confirmed the remarkable similarities between Amish and Hutterite children. They compared the types of immune cells in the children’s blood, collected airborne dust from Amish and Hutterite homes and measured the microbial load in homes in both communities.

The first “gee-whiz” moment came from the blood studies. These revealed startling differences between the innate immune response from the Amish and Hutterites.

The second eureka moment came from experiments using mice. When Dr. Vercelli exposed mice to house-dust extracts, she found the airways of mice that received Amish dust were protected from asthma-like responses to allergens. In contrast, mice exposed to Hutterite house dust were not protected.

To better understand how asthma protection was achieved, the researchers used mice that lack MyD88 and Trif, genes crucial for innate immune responses. In these mice, the protective effect of the Amish dust was completely lost.

“The results of the mouse experiments conclusively prove that products from the Amish environment are sufficient to confer protection from asthma, and highlight the novel, central role that innate immunity plays in directing this process,” Dr. Vercelli said.

What was different? Dust collected from Amish homes was “much richer in microbial products,” the authors note, than dust from Hutterite homes.

“Neither the Amish nor the Hutterites have dirty homes,” Dr. Ober explained. “Both are tidy. The Amish barns, however, are much closer to their homes. Their children run in and out of them, often barefoot, all day long. There’s no obvious dirt in the Amish homes, no lapse of cleanliness. It’s just in the air, and in the dust.”

“In the end,” the authors concluded, “the novelty of our work lies in the identification of innate immunity as the primary target of the protective Amish environment.”

“We hope that our findings will allow the identification of relevant substances that will lead to completely novel strategies to prevent asthma and allergy,” said co-author Erika von Mutius, PhD, professor at Dr. von Hauner Children’s Hospital in Munich, Germany.

“You can’t put a cow in every family’s house,” Dr. Ober added, “but we may be able to protect children from asthma by finding a way to re-create the time-tested Amish experience.”

The study. “Innate Immunity and Asthma Risk in Amish and Hutterite Farm Children,” was supported by the National Institutes of Health, St. Vincent Foundation and American Academy of Allergy, Asthma & Immunology Foundation.

The study also was the subject of an Aug. 4 NEJM editorial, “Innate Immunity in Asthma,” by Talal A. Chatila, MD, MSc.

The University of Arizona Health Sciences is the statewide leader in biomedical research and health professions training. The UA Health Sciences includes the UA Colleges of Medicine (Phoenix and Tucson), Nursing, Pharmacy and Mel and Enid Zuckerman College of Public Health, with main campus locations in Tucson and the growing Phoenix Biomedical Campus in downtown Phoenix. From these vantage points, the UA Health Sciences reaches across the state of Arizona and the greater Southwest to provide cutting-edge health education, research, patient care and community outreach services. A major economic engine, the UA Health Sciences employs almost 5,000 people, has nearly 1,000 faculty members and garners more than $126 million in research grants and contracts annually. For more information: http://uahs.arizona.edu

MEDIA NOTE: To arrange interviews with Drs. Ober and Sperling at the University of Chicago, contact John Easton, 773-795-5225, john.easton@uchospitals.edu