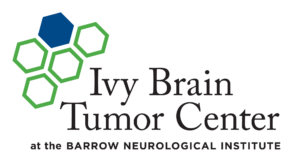 Phoenix, AZ, March 16, 2022 (GLOBE NEWSWIRE) — The Ivy Brain Tumor Center at Barrow Neurological Institute, the largest early-phase drug development program for brain cancer, announced the opening of a new Phase 0/1b clinical trial to evaluate AZD1390, an Ataxia telangiectasia mutant (ATM) kinase inhibitor being developed by AstraZeneca, in patients with recurrent grade IV gliomas. The study will accrue up to 21 participants with a recurrent glioma who require re-radiation.

The goal of this open-label, single-center Phase 0/1b study composed of a Phase 0 and an expansion Phase 1b, is to confirm blood-brain barrier penetration of AZD1390 and explore whether it increases the efficacy of radiation therapy. Patients with tumors demonstrating a positive pharmacokinetics (PK) response in the Phase 0 portion of study will graduate to the expansion Phase 1b, which combines therapeutic dosing of AZD1390 with standard of care fractionated radiotherapy.

“This study of AZD1390 builds on our investigation of agents that enhance the effect of radiation treatment. Here we will implement a proof-of-mechanism (POM) pharmacodynamics assay, which will assess whether the drug levels achieved in patients result in desired target modulation,” said Nader Sanai, MD, director of the Ivy Brain Tumor Center and director of neurosurgical oncology at Barrow Neurological Institute. “In theory inhibition of DNA damage response pathways would block the ability of cancer cells to repair DNA damage after radiation treatment, so we hope to see a more promising biological outcome in patients.”

The Ivy Center’s Phase 0 clinical trial will administer the maximum safe dose-level of the drug based on data from the active Phase 1 multi-center study of AZD1390, NCT0342368, which is currently assessing the safety, tolerability and systemic pharmacokinetics of ascending doses of the drug in combination with radiation therapy for patients with brain malignancies.

In the last two decades, only 1% of investigational drug applications submitted to the FDA were designed for malignant brain tumors, so the need for new agents to meet this unmet gap is critical.

The Phase 0 clinical trial approach was introduced by the FDA in 2004 to accelerate the drug testing and approval process, and improve the chance of success of new drugs in the clinic. Today, the Ivy Brain Tumor Center operates the largest early phase clinical trials program in the world for brain cancer and is the only center to incorporate a PK/PD  ‘trigger’ trial concept where patients are advanced to a therapeutic study arm only if the drug is having an effect on the patient’s tumor. The goal is to quickly identify if the drug is active in the patient’s tumor and whether it should be fast-tracked for further development.

Our Phase 0/1b study is funded by the Ben and Catherine Ivy Foundation and the individual donors of the Barrow Neurological Foundation. Additional clinical trial information can be found atNCT05182905 or the Ivy Brain Tumor Center’s website.

About Ivy Brain Tumor Center Ivy Brain Tumor Center at the Barrow Neurological Institute in Phoenix, AZ is a non-profit translational research program that employs a bold, early-phase clinical trials strategy to identify new treatments for aggressive brain tumors, including glioblastoma. The Ivy Center’s Phase 0 clinical trials program is the largest of its kind in the world and enables personalized care in a fraction of the time and cost associated with traditional drug development. Unlike conventional clinical trials focusing on single drugs, its accelerated trials program tests therapeutic combinations matched to individual patients. Learn more at IvyBrainTumorCenter.org. Follow the Ivy Brain Tumor Center on Facebook, Instagram, Twitter and LinkedIn.