Arizona State University has announced the appointment of Jeffrey Kordower as the founding director of the ASU-Banner Neurodegenerative Disease Research Center and endowed chair as The Charlene and J. Orin Edson Distinguished Director at the Biodesign Institute. 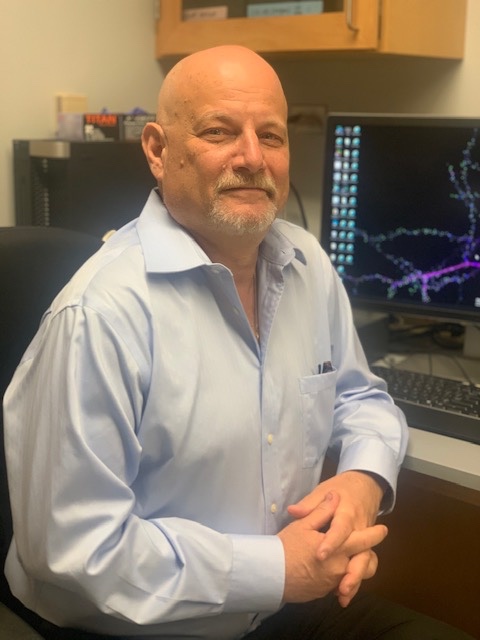 For more than 30 years, Kordower has been a faculty member at Rush University Medical Center in Chicago, where he was the Alla V. and Solomon Jesmer Professor of Neurological Sciences. His pathbreaking investigations into the underpinnings of neurodegenerative disease have made him a leader in the field and his ambitious plans for the NDRC promise to make the facility an internationally recognized center of excellence in this highly diverse research space.

Kordower’s interests include the study of gene and stem cell therapies, disease pathogenesis including the morphological and molecular changes during the course of neurodegeneration, learning and memory, and aging. He has also been a pioneer in the field of neural transplantation techniques.

He has conducted innovative studies on Alzheimer’s and Huntington’s disease and has a particular passion for Parkinson’s research and related disorders. He has explored these illnesses in great depth, describing his findings in over 400 research papers, edited books and book chapters.

“It’s with immense excitement that we welcome Jeff to our Institute,” said Joshua LaBaer, executive director of the Biodesign Institute. “We anticipate his efforts will complement the existing research strengths of the NDRC, ultimately transforming this center into a global powerhouse of new ideas and bold solutions for these devastating ailments.”

A stealthy and relentless foe

A suite of human diseases, known to progressively degrade the brain, have been among the most devastating in all of medical science. Such neurodegenerative disorders include Alzheimer’s and Parkinson’s disease, the two most prevalent afflictions, as well as many other neurological ailments.

These diseases have exacted a pitiless toll on patients and caregivers and threaten to overwhelm health care systems without improved methods of early detection, better therapeutics and preventive measures. The establishment of the NDRC therefore answers one of the most urgent needs facing society.

Many factors, from genetics to environment, contribute to these still mysterious diseases, but the greatest risk factor for all of them is age. The issue of neurodegenerative disease is particularly acute in Arizona, where over 1 million people over the age of 65 currently live. This population expected expand to 2.4 million by 2050.

Kordower describes the new appointment as a dream job: “The only job I want is to build an internationally recognized neurodegenerative disease research center from the ground up and I’m confident that with the resources ASU has provided, is providing and will likely provide in the future, that’s a very attainable goal,” Kordower said.

In the immediate future, Kordower plans on five new faculty hires, though he expects that over time, the NDRC will grow well beyond this.

“You need to have representation for all the major neurodegenerative diseases, so you need someone who’s an expert in Alzheimer’s, in Parkinson’s, in ALS, maybe in multiple sclerosis. But then you also need people who will bridge all of these disease-related silos, including experts in inflammation and immune responses and expertise in misfolded proteins which are common for many degenerative diseases.”

Finding safe and effective treatments for neurodegenerative diseases has been a daunting challenge for medical science, with many promising efforts and billions of dollars in research investments and drug development yielding few successes. It is clear that radically new thinking will be required to overcome this stalemate.

Kordower’s research is on the forefront of one such innovation, the introduction of dopamine-producing cells into regions of the brain damaged by Parkinson’s disease. Indeed, he and his colleagues were the first to demonstrate that grafts of dopaminergic cells can survive, innervate and form synapses in patients with Parkinson’s disease. This was a major milestone, overturning long-held assumptions that the brain could only lose, but never gain, functioning neurons over time.

He has also been among the first to intensively study misfolded proteins capable of seeding the brain and spreading from cell to cell. The findings come from studies showing the development of inclusions of the protein α-synuclein, known as Lewy bodies, appearing in grafted tissue. These intriguing new discoveries imply that the whole range of neurodegenerative disorders may be thought of as “prion-like” diseases.

Another area of active research for Kordower addresses an ongoing hurdle in the treatment of neurodegenerative disease, the inability to reach targets in the brain with therapeutic drugs due to the blood-brain barrier. Recent studies have shown that this boundary between the circulating blood and the extracellular space of the brain can be temporarily and selectively opened, providing an entryway for drugs to reach the brain, through the use of low frequency, focused ultrasound.

Recognized as an outstanding scholar and teacher, Kordower is the recipient of many prestigious awards and appointments. He has been recognized as a Director’s Scholar and Professor of Neurodegeneration at the Van Andel Institute. He received the Huntington’s Disease Society of America’s Award of Excellence in Medicine, was a John Douglas French Fellow for the Study of Alzheimer’s Disease and won the Bernard Sandberg Memorial Award for Brain Repair.

Kordower has served as a consultant to both the FDA and numerous pharmaceutical companies, including Takeda, Biogen, A.P. and others, and has served on numerous editorial boards including as an associate editor for Neurobiology of Aging. He completed his undergraduate and graduate education at Queens College, the City University of New York and was a postdoc at the University of Rochester School of Medicine. He has also received an honorary Doctor of Science from the City University of New York.

“There are people out there suffering with neurodegenerative diseases and we will do everything to try to help them,” Kordower said. “If you want an overarching goal of my center, it’s this: Every decision will be laser-focused on how we can help patients.”