The largest study of its kind has unveiled new insights into how genes are regulated in dementia, including discovering 84 new genes linked to the disease. 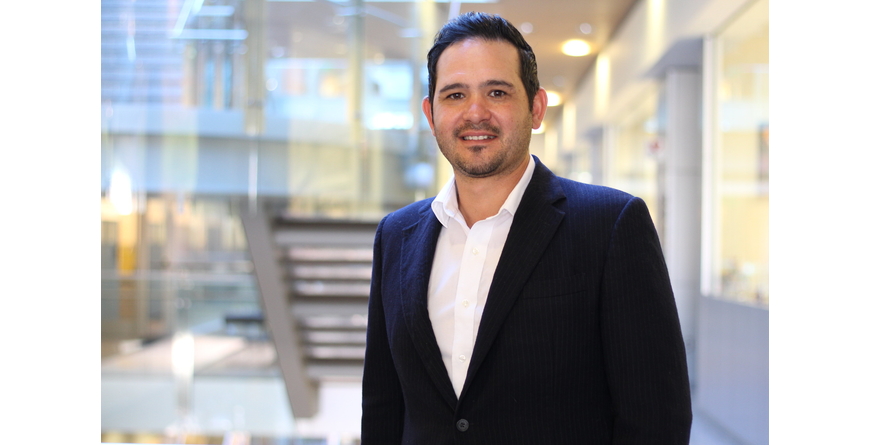 Diego Mastroeni, a contributor to the new study published Nature Communications, is a researcher in the ASU-Banner Neurodegenerative Disease Research Center.

Researchers from the ASU-Banner Neurodegenerative Disease Research Center (NDRC) join international colleagues, led by the University of Exeter, to investigate the molecular underpinnings of Alzheimer’s and other neurodegenerative diseases.

The collaboration combined and analysed data across six different studies, in a meta-analysis published in Nature Communications. These studies had used brain samples from people who had died with Alzheimer’s disease.

“This manuscript is the first meta-analyses of Alzheimer’s disease pathology, highlighting numerous cortical regions in nearly 1,500 subjects,” said Diego Mastroeni, a researcher at the NDRC and collaborator on the new study. “This is an invaluable resource and will be fundamental in understanding underlying mechanisms that regulate which genes are poised for expression or which genes are not.” Fellow NDRC researchers Danielle Brokaw and Paul Coleman also contributed to the paper.

The project, funded by the Alzheimer’s Society and the Medical Research Council and supported by the National Institutes for Health, looked at an epigenetic mark called DNA methylation at nearly half a million sites in the genome.

Epigenetic processes control the extent to which genes are switched on and off, allowing for fine-tuned gene expression across the different cell types and tissues that make up the human body. Importantly, unlike the genes themselves, which remain stable throughout life, epigenetic processes that modify the behaviour of genes can be influenced by environmental factors, making them potentially reversible and a possible route to new treatments.

The study looked at epigenetic patterns across the genome, in a number of different regions of the brain. The team then related the amount of DNA methylation to the quantity of neurofibrillary tangles within the brain—an important hallmark of the severity of Alzheimer’s disease.

The team explored various regions of the brain that were selectively affected in Alzheimer’s disease before looking for common changes across these cortical regions. They identified 220 sites in the genome, including 84 new genes, which showed different levels of DNA methylation in the cortex in individuals with more severe Alzheimer’s disease, which weren’t seen in another area of the brain, called the cerebellum.

The research demonstrates that a subset of 110 of these affected sites, found in two independent datasets, could be used to distinguish whether a brain sample had high or low levels of disease, with more than 70 per cent accuracy. This suggests that epigenetic changes in the brain in Alzheimer’s disease are very consistent.

Professor Katie Lunnon, of the University of Exeter, who led the research, said: “Our study is the largest of its kind, giving important insights into genomic areas that could one day provide the key to new treatments. The next step for this work is to explore whether these epigenetic changes lead to measurable changes in the levels of genes and proteins being expressed. This will then allow us to explore whether we could repurpose existing drugs that are known to alter the expression levels of these genes and proteins, to effectively treat dementia”

The study included a number of international collaborators from the US (Columbia University and Mount Sinai School of Medicine in New York, Rush University Center in Chicago, Arizona State University), and Europe (Maastricht University in Netherlands, University of Saardland, Germany).

“This manuscript is a testament of the kind of collaborative efforts we at ASU and the NDRC are so proud of,” Mastroeni said.  “Reaching out across the globe to get involved in fantastic work like this is what we need to do if we are to ever find a cure.”

The Biodesign Institute at Arizona State University integrates leading-edge research in biology, engineering and computer science to address challenging problems posed by disease, depletion of natural resources and threats to security. Understanding and emulating nature is essential to solving these problems and is the unifying thread in the highly diverse research of the institute. The collaborative structure of Biodesign is designed to accelerate discoveries and translate them into real-world applications in health care, engineering and environmental sustainability. For information, visit www.biodesign.asu.edu