Researchers slogging through a tangle of sensors, motors and algorithms face a challenging path, but it’s nothing like the terrain that must be crossed by someone walking with a prosthetic ankle. 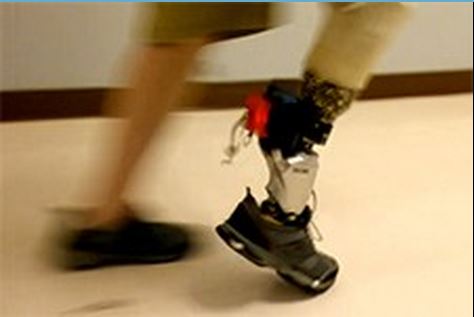 Even with the most advanced designs, no step is simple—each laborious movement is fraught with the potential for a slip or a trip.

Now the Center for Bioengineering Innovation, under the direction of Northern Arizona University’s Kiisa Nishikawa, may have formulated a solution to more seamlessly integrate natural movement with mechanical support.

An algorithm developed by the center forms the basis of a $225,000 National Science Foundation grant. The funding will allow the center and a private industry collaborator, BiOM, to proceed with the commercial refinement of bionic ankles.

“We believe this algorithm is a major breakthrough towards creating a foot/ankle prosthetic for all-terrain walking by the users,” said Nishikawa, Regent’s Professor of Biological Sciences. “We were able to show that our algorithm works not only during level walking at variable speed but also going up and down stairs and walking backward.”

The next test, Nishikawa explained, is to demonstrate that it works just as well on cinders, rocks or artificial turf.

The challenges of stairs and a variety of surfaces reveal the complications of designing a bionic body part, such as an ankle, that functions even remotely as well as the real thing. Engineers can divide the action of walking into a certain number of stages, then write equations for optimizing each stage and design sensors to detect them, Nishikawa said. At each stage, algorithms are applied to generate the appropriate torque. The result is a highly adaptable machine. 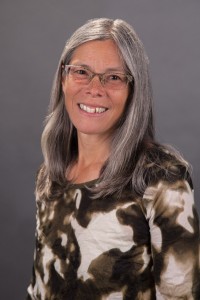 “But our muscles don’t do that,” Nishikawa said. “We sometimes experience unexpected perturbations, and our muscles can respond instantly to changes our environment applies to our bodies. So if we can capture that behavior in a single algorithm, then we don’t need to know the what, when and how of changes in terrain.”

In robotics, such a do-all algorithm is known as robust control, Nishikawa said. “With minimal information, it can respond in the appropriate way in all terrains and in a variety of circumstances.”

One day back in November, the researchers experienced their “aha” moment. After months of testing and tweaking their algorithm with a BiOM ankle, a volunteer test subject tried walking up a flight of stairs. It worked the first time.

“He could ascend the stairs much faster using our algorithm,” Nishikawa said.

Exploring the full potential of a bionic ankle fulfills the promise of Nishikawa’s long-term research with the science of how muscles operate. The Center for Bioengineering Innovation was formed after funding from the W. M. Keck Foundation under the premise that Nishikawa, her team and collaborators could someday bring the science to everyday applications. Today that team—which includes mechanical engineering faculty John Tester and Jeremy Petak, and biology doctoral students Uzma Tahir and Anthony Hessel—is edging closer to that goal.

Nishikawa said she is already working on a second-phase NSF proposal that would assist with developing commercial products. She said the NSF first-phase award “gives us confidence we are on the right track.”