The UA’s focus has been on helping people with chronic pain without using narcotics or other addictive drugs. 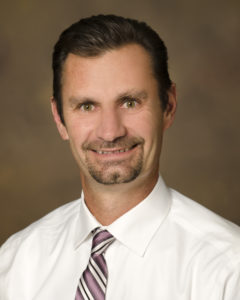 Researchers with the Department of Pharmacology at the University of Arizona College of Medicine – Tucson have received grants totaling $1.3 million from the Arizona Biomedical Research Commission, in support of their efforts to develop non-addictive medications to block chronic pain, the major culprit in the opioid epidemic responsible for the deaths of 64,000 Americans — including 790 Arizonans — in 2016 alone.

Todd Vanderah, head of the Department of Pharmacology and a member of the Arizona Pain Research Group, based in the College of Medicine – Tucson, received nearly $736,000 to study a glycosylated modified peptide called Angiotensin 1-7, which is known to affect inflammation and play a role in inhibiting chronic pain.

John Streicher, assistant professor of pharmacology, received $225,000 to study a spinal cord protein that may relieve chronic pain with smaller amounts of opioid-based prescription drugs such as Percocet and Oxycontin.

The UA Pain Research Group, with 18 faculty, is one of the largest pain research groups in the world that include both pre-clinical and clinical research, Vanderah said.

Led by Frank Porreca, associate head of pharmacology, in collaboration with UA chemist Victor Hruby, both internationally recognized experts on the mechanisms of acute and chronic pain, the group’s research has resulted in continued funding from the National Institutes of Health for more than 25 years.

The group has produced more than 600 peer-reviewed publications, multiple patents, and the discovery of multiple therapies and novel medications for pain.

“All of this is connected to the opioid epidemic,” said Vanderah, a member of Arizona Gov. Doug Ducey’s opioid task force. “The research that we have been doing for several years has been focused on how we can help people with chronic pain, without using narcotics or other addictive drugs.

“Addiction, of course, is just one of the side effects of these drugs, but it’s a big one, and one that we would love to avoid.”

Chronic pain is defined as pain that lasts more than 12 weeks, or longer than expected. According to the National Institute on Drug Abuse, a branch of the NIH, chronic pain affects more Americans than those affected by cancer, diabetes and heart disease combined.

The nonprofit National Academy of Medicine has reported that chronic pain costs the U.S. $635 billion annually in health care costs and lost productivity.