New analysis shows that under such policies only 6 of 110 currently approved therapies would have made it to the market because companies would no longer have the necessary funds to invest in research and development and innovative partnerships with small biotech.

Further, the proposed legislation will also likely lead to the loss of over 590,000 US biopharma jobs. 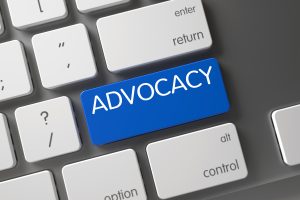 Thursday, July 28th, 2022:  New research published by the consultancy Vital Transformation shows that the Build Back Better Act (BBBA), designed to allow the US Government to ‘negotiate’ pricing under a set framework of reductions based upon the amount of time a drug has spent on the market, would have significant, negative effects on patient access to new therapies as funding would be severely curtailed for research and development.

According to Vital Transformation CEO Duane Schulthess, “As global firms increasingly use their free cash flows to support a large, flourishing external ecosystem of investments and partnerships in addition to their own internal R&D activities, net earnings reductions of this magnitude – essentially cut to zero in a quarter of the firms we studied—would substantially reduce the money needed for R&D partnerships with small biotech and pipeline investments into drug discovery and development. With an average 55% drop in EBIT, our model estimates that, under BBBA and the recently proposed reconciliation package, only 6 of 110 previously approved therapies would be considered “not at risk” of being cancelled, or at very least divested.”

Vital Transformation researched the 20 therapies most likely to be placed into the BBBA negotiation framework if the bill is passed, given the current market conditions in 2022. They found those 20 therapies are produced by 12 firms and represent a substantial portion of each firm’s revenue. Fully half of all companies they researched saw a reduction of their net earnings greater than -70%, and the average reductions across the entire cohort were roughly -55%.

The study highlights that the 12 firms in their 20-drug cohort that would be impacted by BBBA had made pipeline investments in excess of $588 billion over the last 10 years, and 75% of that total, $439 billion, had been made in the United States. California, Massachusetts, New Jersey, and New York accounted for 80% of the US total of investments, and 60% of all pipeline investments globally.

Statistics presented in the study also show that for the 110 approved therapies from 364 total pipeline investments, it takes at least $6 billion dollars to have a 50/50 probability of FDA approval.

Given the outsized importance the US biopharma ecosystem plays in developing new therapies for patients, Vital Transformation used a standard economic model for industry revenues as a jobs multiplier to calculate the employment impacts of the implementation of US price controls. The model estimated that annual reductions in revenues caused by BBBA would lead to roughly 600,000 lost biopharma jobs in the US in 2031.

“The data shows the drug pricing caps within this latest version of the Build Back Better Act would drastically reduce critical investment in innovative therapies and cures that patients depend on, at a time when smaller biotech companies are facing tremendous pressure in the capital markets. The consequences will all but ensure that many potential groundbreaking cures die in labs. Patients, as a result, will be ill-equipped to combat a variety of debilitating illnesses with the scientific solutions that could significantly improve — or even save — their lives,” said Nick Shipley, Chief Advocacy Officer at the Biotechnology Innovation Organization

Vital Transformation’s study also draws comparisons to the impacts that price controls have had on the European Biopharma ecosystem over the last 20 years since the wide implementation of EU governmental health technology assessments. Their research shows that these policies have come at an extremely high cost, with an erosion by 33% of its biotech sector and a gutting of its late-stage venture capital, which now only accounts for 3% of US totals.

According to Vital Transformation consulting economist Harry Bowen, “comparing FDA approvals from the two decades of 2000-2010, and 2011 – 2020, we see an increase of 111 total approvals, and 95% of those new therapies originated in the United States. While the EU in 1980 originated 60% of global pharmaceuticals, that situation has now completely flipped. The impacts of price controls in the EU cannot be ignored, and it is extremely naïve to assume that the US would not see similar impacts on its biopharma ecosystem if like price controls are implemented.”

Finally, the study highlights that China launched 93 early stage, venture capital backed biopharma startups in 2021. “That’s roughly the annual total launched by the United States”, said VT’s Schulthess. “The reality is, venture capitalists will not invest in an impaired market, and if BBBA is implemented (and if our assessment is correct), they will likely be forced move their biopharmaceutical investments to growth markets like China, much as how EU firms moved their R&D and investment activity to the US over the last two decades.”

Vital Transformation’s economic impact assessment of the Build Back Better Act and the underlying data can be found here.

This study was funded by BIO.

Vital Transformation understands the implications of new medical procedures, technologies and policies. We measure their impact on current clinical practices in close collaboration with health care professionals, researchers, and regulators. Through our web platform and client network, we are able to communicate our findings with international decision makers and stakeholders. Our Vital Transformation branded roundtables, webinars, and conferences are often oversubscribed, and are regularly presented in partnership with global thought-leaders and organizations.