Representative Bob Robson, Speaker Pro Tempore of the Arizona House of Representatives, has been selected as the recipient of the 2015 AZBio Public Service award by the Arizona Bioindustry Association (AZBio) in recognition of his championing of investments in Arizona’s University Research Infrastructure and the game changing impact these investments have delivered. 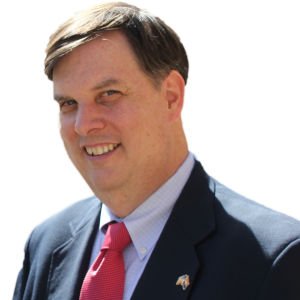 “Investment in our research infrastructure is an investment in high-quality job growth. Since we made the first research investments in 2003, Arizona’s Bioscience Industry has grown. Jobs in bioscience related fields have increased by 45 percent, nearly four times greater than the nation. Expanded research infrastructure funding also supports the growth of our computer science, materials science, optics, materials science, engineering, and other tech industries.”

“University research is a vital component in Arizona’s life science ecosystem and to the continued development of life changing innovations that benefit Arizonans and people across the world,” shared AZBio President and CEO Joan Koerber-Walker.  “World class research infrastructure helps us attract and retain world class researchers who then collaborate with our industry locally, nationally, and globally.”

“The construction of these research facilities and the work that continues once they open, drives economic growth across multiple industry sectors,” added AZBio Board Chair Russ Yelton, CEO of Pinnacle Transplant Technologies.  “Representative Robson understands that if we want to be globally competitive, we need to commit to the resources it takes to compete and has repeatedly fought for these investments in Arizona’s future.”

Beginning in 2003, thanks to Robson’s leadership, Arizona made a $500 Million investment in research infrastructure and it paid off with an economic return of $7 for every $1 invested by the state.  Facilities born from that investment, including ASU Biodesign, UA BIO5, the NAU Applied Research and Development Building, and others are places in Arizona where life changing innovation is discovered, developed and delivered.

In 2015, Representative Robson and Senator Jeff Dial, reopened the discussion for the next phase of university research infrastructure investment by sponsoring HB 2033/SB 1067 which provided for a $1 Billion lease-purchase financing investment to construct new research infrastructure at our universities over a three-year period beginning in 2017.  Both Robson and Dial are committed to continuing this critical discussion when the legislature reconvenes in 2016.

It is estimated that $1 Billion invested in new research infrastructure  construction in the first 3 years will directly put $2.7 billion back into the economy and return at least $5 for each $1 invested in a five- to seven-year period following construction.

“Investment in our research infrastructure is an investment in high-quality job growth,” stated Robson. “Since we made the first research investments in 2003, Arizona’s Bioscience Industry has grown. Jobs in bioscience related fields have increased by 45 percent, nearly four times greater than the nation. Expanded research infrastructure funding also supports the growth of our computer science, materials science, optics, materials science, engineering, and other tech industries.”

A ceremony honoring Representative Robson will take place at the 10th Annual AZBio Awards on October 1, 2015 at the Phoenix Convention Center. The AZBio Awards ceremony celebrates Arizona’s leading educators, innovators and companies. Each year, AZBio honors bioindustry leaders from across the state of Arizona who are illustrative of the depth, breadth and expertise of our bioscience industry.

For registration and more information, go to www.azbioawards.com.

AZBio – The Arizona Bioindustry Association – is comprised of member organizations in business, research, government, and other professions involved in the biosciences.  AZBio supports the members of the Arizona bioscience community by providing access to the key resources, connections, and information that support their ability to Connect, Collaborate, Innovate and Succeed thus supporting the growth of a thriving economic ecosystem for Arizona’s Bioscience Industry.