A  widely respected and tireless civic leader, Rick Myers is a visionary and a strong advocate for promoting the biosciences in Arizona. Rick serves as the Governor-appointed Chair for the Arizona Board of Regents and advocates for growing the research enterprise and promoting biosciences. 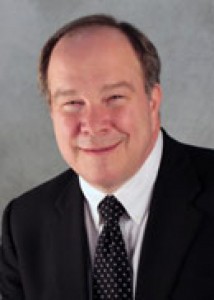 The Arizona Bioindustry Association today announced that Rick Myers, Chair of the Arizona Board of Regents will receive the 2012 AZBio Public Service Award on October 23, 2012 at the 7th Annual AZBio Awards.  Regent Myers was nominiated by members of the Arizona Bioscience Community and selected by an independent, statewide panel of leaders for this recognition of his tireless efforts and advocacy for research, innovation, and education in Arizona.

Gov. Jan Brewer appointed Rick Myers to an eight-year term on the Arizona Board of Regents in January 2010.  He currently serves as chair of the Board, chair of the Regents’ Executive Committee and as an ex-officio member of all standing ABOR committees.

Regent Myers serves on the board of directors for Critical Path Institute and was that organization’s chief operating officer for more than three years. Critical Path is a non-profit organization that works with the pharmaceutical industry, patient groups, academia and the Food and Drug Administration to tackle significant issues in drug development. Prior to joining the Critical Path Institute, Myers was the vice president and general manager of IBM Tucson. He retired from IBM in 2003 after a 25-year career with the company.

“Rick Myers is a leader who seems to have missed learning what it means to be ‘retired’,” shared AZBio president and CEO Joan Koerber-Walker.  “Active in community affairs during his time as a leader at IBM, post -retirement he has immersed himself in our community and  shared his vision, experience and skill as part of a team of leaders across Arizona who are committed to and executing on  principles that are making Arizona a model for innovation. collaboration and excellence in higher education in the biosciences and overall.”

Myers is a civic leader in Tucson and across the state and is a member of the Tucson Airport Authority and co-chaired the Citizens Committee of the Regional Transportation Authority in 2006. He is a current member and past chairman of the Southern Arizona Leadership Council; he chaired the Tucson community-wide United Way campaign in 2001, and is a past board member of the Science Foundation Arizona. In addition, Myers co-developed and taught a graduate course on the management of technology in combined Business, Science and Engineering Colleges at the University of Arizona.

Previously he was vice chair of a governor’s committee to refocus the UA medical school and hospital. Rick served as C.O.O. of Critical Path Institute, a nonprofit whose mission is to improve human health by accelerating development and review of medical products. While there he formed and directed the Coalition Against Major Diseases, a consortium working to advance treatments in Alzheimer’s and Parkinson’s diseases. Myers was IBM/Tucson’s general manager and VP of Enterprise Storage Development where he led 1,600 scientists in developing innovations in mass data storage and retrieval.

He is sought out by regional leaders to address key issues including:

Myers received a bachelor of science in engineering from the University of Alabama-Huntsville in 1978. He has been married to his wife Judy for 33 years and has two daughters, Julie Charters and Karen Stine, as well as three grandchildren, Kaylie, Thomas and Sienna.

AZBio would like to thank the team at the Critcal Path Institute  for their contribution in collecting the materials for both Regent Myer’s nomination and for researching and cataloging his many contributions to our community.  We also acknowledge and thank our independent panel of judges for their support in the evaluation of the wonderful candidates that were nominated this year.

Arizona Board of Regents: www.azregents.edu/