Under the New Policy, a Company now has 20 years, from the date of award of an SBIR or STTR funding agreement, of certain Data Rights protections.4 During this time, the government only has limited rights in its use of the Data or Computer Software. The major right is that the government has the ability to properly evaluate the technology. After the protection period, rather than obtaining Unlimited Rights under the old policy, the government now only obtains Government Purpose Rights to the Data and Computer Software. However, there are nuances associated with the data rights.

Similar to Technical Data, the government cannot release, disclose or permit access to the computer software for commercial, manufacturing or procurement purposes without the written permission of the Company unless the government has entered into a non-disclosure agreement with the third party.

During the 20-year protection period, the government also receives Unlimited Rights in Form, Fit & Function Data, Operations, Maintenance, Installation or Training (OMIT) Data and unmarked SBIR/STTR Data.6 The New Policy provides guidance on required markings and gives the Company six months to correct any errors or marking omissions on its data. After six months, after delivering any data to the government, if the data is not marked, the government will obtain Unlimited Rights to the data. All data must be marked with the appropriate SBIR/STTR Data Rights legend or notice, in accordance with agency procedures.

After the Company receives an SBIR/STTR award, it is permitted to negotiate with the awarding government agency to modify licensing rights that the government obtains during the protection period. This must be done in a separate agreement and only after the SBIR/STTR award has been signed. In addition, this is a separate process for negotiated rights for a specific contract award to provide a deliverable to the government and that is supported by the Technical Data or Computer Software. Simply, the initial data rights do not limit the government to obtain additional data rights in a future government contract.

After the 20-Year Protection Period

• SBA clarified the Phase III SBIR/STTR process by showing that subcontracts to a federal contract may constitute Phase III work.

• SBA emphasized the importance of the government using the Company for Phase III when the Company is capable and willing, rather than seeking it from a non-SBIR/STTR company.

• SBA clarified that regarding sole source awards, the government awarding agency must award any non-competitive contract to the Company if pursuing Phase III work with that Company.

• SBA changed the amount of Phase II awards to include up to three per Phase I.9

The SBA’s New Policy will significantly impact the commercialization of technology developed utilizing government funding. Companies should assess data rights early in the solicitation and award process to ensure maximization of intellectual property protection. Further, after the development process is complete, the Company should ensure it continues to protect both the Company’s and government’s property rights via adherence to the contract or grant terms and the applicable regulations. Further, small businesses should fully understand and have a strategic plan as to intellectual property commercialization prior to entering into an agreement with the government. 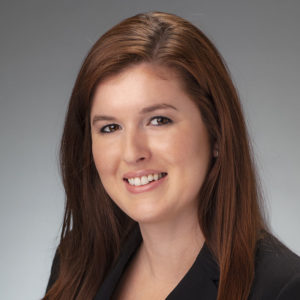 ©2019 Snell & Wilmer. All rights reserved. The purpose of this publication is to provide readers with information on current topics of general interest and nothing herein shall be construed to create, offer or memorialize the existence of an attorney-client relationship. The content should not be considered legal advice or opinion, because it may not apply to the specific facts of a particular matter. Please contact a Snell & Wilmer attorney with any questions.