“I am incredibly proud of the achievements that Tech Launch Arizona has had since its start with the advent of Vice President Dr. David Allen in September 2012,” says University of Arizona President Dr. Ann Weaver Hart. “With almost 800 inventions disclosed, 30 startups from UA research, a growing ecosystem of technical experts, business partners, faculty, students, and staff, TLA is helping to set a strong foundation for the University of Arizona’s continuing social and economic impact.” 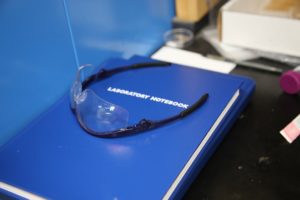 Technology commercialization is a continuation of the research process. Advances in science, technology and medicine often produce opportunities for discoveries and research findings to be applied in a commercial setting and made available to the general public. The process starts the disclosure of inventions and cumulates with products created by companies that license UA intellectual property.

All told, TLA has achieved record increases since its inception nearly four years ago. For the period between July 1, 2015 and June 30, 2016, TLA reports the following:

“The performance increases are strong proof that UA technology commercialization has attained a turnaround and the future for impact from UA research and inventive activity is promising.” says Vice President Allen. “The results also show that the TLA approach of integrating the Tucson community and UA alumni can bring technology domain knowledge and entrepreneurial experience to extend the fundamental inventive work of UA faculty.”

Among the 14 startups – new companies based on IP generated from UA research – formed in FY 2016 were a number of bioscience companies, including:

“As superb as the IP and licensing performance is, it represents a double-edged sword,” says Allen of the groups accomplishment. “On one hand, we are building inventor relationships and connections with technology and business expertise and bringing UA research into the commercial world at levels far exceeding UA’s past. On the other hand, we will be challenged to sustain a high level of activity in an increasingly austere financial environment for UA. The opportunity is for UA to become an ever bigger contributor to the regional innovation ecosystem and to be an even more significant force in the creation of new businesses and technology-related employment. I think we have shown that realization of that opportunity doesn’t occur by happenstance or without expense, but that positive progress can be made in a relatively short timeframe.”