Like a stealth jet cloaks itself from radar, cancer cells cloak themselves within tumors by hiding behind a dense layer of cellular material known as stroma.

According to a new study by the Translational Genomics Research Institute (TGen), drugs that target and strip away the stroma would pave the way for drugs to reach the cancerous cells within the tumor, which could have a beneficial effect on the survival of pancreatic cancer patients.

Targeting stroma could potentially extend patient survival even among those with advanced stage cancer that has spread to other organs, said the TGen study in the journal Clinical Cancer Research, published online Feb. 18 by the American Association for Cancer Research. AACR is the world’s largest cancer research organization, representing more than 35,000 investigators.

The accumulation of stroma — the supporting connective tissue that includes hyaluronan and several types of collagen — prevents therapeutic anti-cancer drugs from reaching and destroying cancer cells, the study said, not only in the primary tumors in the pancreas but also in metastatic lesions when the cancer spreads to distant organs such as liver and lung. 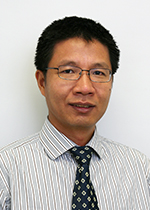 In what is believe to be the first study of its kind, the TGen paper found that metastatic lesions can have the same high level of stromal content as the primary tumors in the pancreas. And, significantly, these high levels of stroma correlate with poor patient survival.

The study examined the stromal content of primary tumors and metastatic lesions from among 50 patients with pancreatic ductal adenocarcinoma, which represents about 95 percent of all pancreatic cancer.

The pancreas is an organ behind the stomach that produces digestive juices and several key hormones. This year, nearly 49,000 Americans will be diagnosed with pancreatic cancer, and more than 40,000 will die from this disease, making it the fourth leading cause of cancer-related death in the U.S.

Pancreatic cancer’s lethal nature stems from its propensity to rapidly spread to distant organs. Because there is no early screening test, it usually is not diagnosed until its late stages, often when surgery is no longer an option, making it difficult to treat.

The TGen study shows by targeting and eliminating the stroma surrounding the cancer cells, anti-cancer drugs — as well as immunologic approaches — should be more effective not only within the pancreas, but also more effective on tumors throughout the body where the cancer may have spread.

“We are hopeful that in the future new therapeutics that target stroma will have a significant benefit for our patients, and lead to better outcomes,” said Dr. Daniel D. Von Hoff, TGen’s Distinguished Professor and Physician-In-Chief, and an author of the study.

The TGen study — Desmoplasia in primary tumors and metastatic lesions of pancreatic cancer — was supported in part by R01 (CA169281) and U01 (CA128454) grants from the National Cancer Institute, a branch of the National Institutes of Health; in part by a Stand Up to Cancer (SU2C) Translational Research Grant, a Program of the Entertainment Industry Foundation administered by the American Association for Cancer Research (SUC2-AACR-DT0509); and by financial contributions from the Katz Family Foundation; and by a grant from the National Foundation for Cancer Research (NFCR).

About the American Association for Cancer Research
Founded in 1907, the American Association for Cancer Research (AACR) is the world’s oldest and largest professional organization dedicated to advancing cancer research and its mission to prevent and cure cancer. AACR membership includes more than 35,000 laboratory, translational, and clinical researchers; population scientists; other health care professionals; and cancer advocates residing in 97 countries. The AACR marshals the full spectrum of expertise of the cancer community to accelerate progress in the prevention, biology, diagnosis, and treatment of cancer by annually convening more than 20 conferences and educational workshops, the largest of which is the AACR Annual Meeting with over 18,000 attendees. In addition, the AACR publishes eight peer-reviewed scientific journals and a magazine for cancer survivors, patients, and their caregivers. The AACR funds meritorious research directly as well as in cooperation with numerous cancer organizations. As the Scientific Partner of Stand Up To Cancer, the AACR provides expert peer review, grants administration, and scientific oversight of team science and individual grants in cancer research that have the potential for near-term patient benefit. The AACR actively communicates with legislators and policymakers about the value of cancer research and related biomedical science in saving lives from cancer. For more information about the AACR, visit www.AACR.org. Follow us: Cancer Research Catalyst http://blog.aacr.org; Twitter @AACR; and Facebook http://www.facebook.com/aacr.org.