With funding from the U.S. Department of Agriculture, researchers will develop new disinfectants, grow new breeds of melons, and educate farmers, retailers and consumers on safe melon production practices. 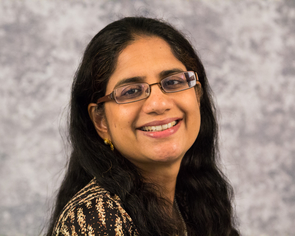 The University of Arizona is receiving $610,000 in grant money from the Specialty Crops Research Initiative, or SCRI, a program operated by the National Institute of Food and Agriculture, to fund a four-year project that aims to develop safer and healthier cantaloupes. Seven universities are collaborating to improve the breeding and processing practices involved in melon production.

In the past 10 years, melons have accounted for more than 40 outbreaks of foodborne illness across the U.S., according to the Centers for Disease Control and Prevention. As melons usually are consumed raw, cleaning them before consumption is essential to avoid bacterial diseases. However, cantaloupes — which cause more than half of melon-related foodborne outbreaks — are notoriously difficult to clean because of their rough, netted rind.

The project aims to reduce the presence of illness-inducing bacteria on cantaloupes by improving food safety aspects of melon production. Sadhana Ravishankar, associate professor in the School of Animal & Comparative Biomedical Sciences of the UA College of Agriculture and Life Sciences and a food safety team leader, already has begun research to identify growing conditions that encourage or discourage the growth of dangerous bacteria such as salmonella and listeria.

“We will be looking to see if pathogens can cross-contaminate melons via dust, soil, irrigation water and air in the fields,” Ravishankar said.

The food safety team will determine if the roughness of the cantaloupe rind affects the bacteria’s ability to attach to the fruit. Ravishankar also will develop organic, plant-based sanitizers that can be applied using efficient, water-saving technologies such as fog tunnels and electrostatic sprays.

Even when cantaloupes have been thoroughly scrubbed, bacteria can hide in the nooks and crannies of the melon’s rough skin. Then, when the melon is cut, the bacteria are dragged from the rind to the flesh of the fruit. With each cut, the contamination spreads.

Salmonella and listeria monocytogenes “are two types of bacteria that are of concern on the cantaloupes,” Ravishankar said.

Although chilling the fruit halts the spread of salmonella, listeria continues to grow under refrigerated conditions.

“Listeria is dangerous for pregnant women and individuals with compromised immune systems,” Ravishankar explained. “For those susceptible, the infectious dose can be very small. Even if there are only a hundred cells on the cantaloupe, these individuals can still get sick.”

It is important, then, to minimize the number of microbes living on the cantaloupe’s rind.

Ravishankar and other researchers hypothesize that a smoother rind will discourage microbes from making their home on the melon. To test this hypothesis, researchers at Texas A&M University are developing new breeds of cantaloupes. These cantaloupes will have different rind textures and nutritional and antimicrobial properties from their predecessors.

Paul Brierley, executive director of the Yuma Center of Excellence for Desert Agriculture, will coordinate the production and acquisition of melons used for research. Seeds from the new melon cultivars developed by Texas A&M will be grown at the UA’s Yuma Agricultural Center and at sites in California.

“We will be growing those melons to see how they perform in the desert Southwest,” Brierley said.

It is important that the safer, healthier cantaloupes thrive in the dry climates of California and Arizona, the states that produce the most melons. The growth of new cultivars is not scheduled to begin for another year, but in the meantime Brierley will coordinate with growers to have samples from existing melon cultivars brought to the laboratories of Ravishankar and Kerry Cooper, assistant professor in the School of Animal & Comparative Biomedical Sciences.

“Identification of potentially novel melon colonization factors for these pathogens could help to develop methods that could prevent these pathogens from colonizing melons or other fresh produce in the future,” Cooper said.

While Cooper will research the bacteria already attached to the melons, Ravishankar will artificially introduce bacteria to the new cultivars of cantaloupe.

“We will be trying to see if salmonella and listeria monocytogenes attach better on one variety of cantaloupe versus another,” Ravishankar said.

By artificially introducing the pathogens to the melon, Ravishankar can measure the bacterium’s attachment strength. Strong attachment allows for the formation of a biofilm — a sticky slime that is difficult to remove from any surface it adheres to.

Keeping pathogens off their rind is one way to make cantaloupes healthier, but disinfecting the melons before distributing them to retailers makes the cantaloupes much safer for consumption. Currently, decontamination methods include chemical methods — rinsing the cantaloupes with chlorine — and organic methods such as dunking the fruit in a scalding-hot bath (the heat kills the bacteria, but the bath introduces moisture that encourages mold growth).

Ravishankar will be developing plant-based antimicrobial alternatives to chlorine that can be applied to the fruit via fog tunnels or powdery electrostatic spray. Neither water-saving method introduces enough moisture to the cantaloupe to cause mold growth.

At the end of the four-year project, the cantaloupe cultivars that prove to be the safest and healthiest will be distributed to melon producers who have supported the project. Research findings will be shared with these stakeholders through a conference held at the Yuma Agricultural Center.