VisionGate, Inc., a next generation biotech company that has developed a revolutionary, non-invasive test for the early detection of lung cancer, delivered results of its blinded clinical study September 7, 2015 at the 16th World Conference on Lung Cancer being held September 6-9, 2015 at the Colorado Convention Center in Denver, CO. 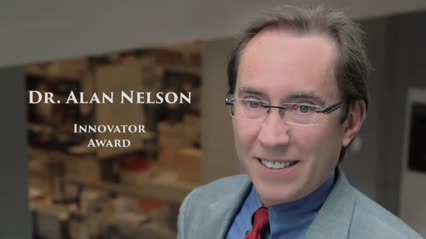 VisionGate’s blinded clinical study of the proprietary LuCED® test included 84 patients and demonstrated 92% sensitivity to lung cancer and 98% specificity. “When validated in larger trials, we are cautiously optimistic that this clinical performance would position LuCED as a lung cancer screening tool with the ability to serve populations beyond the highest-risk patients who meet CMS guidelines,” VisionGate Founder and Chief Executive Officer Alan Nelson, PhD said.

More than half the people with lung cancer die within one year after being diagnosed, according to the American Lung Association. Described as the “Deadliest Cancer Worldwide,” symptoms of lung cancer do not appear until the disease is already in an advanced, non-curable stage.

Spontaneously produced sputum from 36 patients with biopsy confirmed lung cancer and 48 patients who were understood to be cancer free, eight of which suffered from either COPD or emphysema, were included in the study. The LuCED test generated 3D cell image data for blinded cytology review. From this review, 33/36 cancer cases were found to have abnormal cells yielding 92% sensitivity. For the normal cases, 47 cases had no abnormal cells for an estimated 98% specificity. Importantly, this equates to a Negative Predictive Value (NPV) of 99.9% in a population with 1% incidence of lung cancer. VisionGate has begun to conduct large-scale clinical studies to strengthen LuCED’s clinical evidence and is pursuing FDA clearance through a national multi-center trial.

“The data from our blinded trial is compelling. We are encouraged – now more than ever – that we are developing a cost-effective solution for detecting lung cancer early,” Nelson said. “This is a test which after validation in prospective trials will complement lung cancer screening for the diagnosis of indeterminate nodules seen on the CT scans and perhaps aid in early detection of the disease in high risk individuals.”

VisonGate’s LuCED test is a physician-ordered, non-invasive take-home test that collects sputum samples for lung cancer analysis. LuCED harnesses the power of proprietary optics and computational technology with the capability to generate 3D images of each cell in a sputum sample. It then automatically analyzes cells to identify key features, or biosignatures, associated with malignancy. This approach should also enable LuCED to identify dysplasia and distinguishes cells as they are turning cancerous. With 127 patents in 13 countries, VisionGate expects to play a leading role in the battle against the world’s number one cancer killer.

As of May 2015, VisionGate’s LuCED is being offered as a Laboratory Developed Test (LDT) exclusively through the VisionGate Biosignature Laboratories, a Clinical Laboratory Improvement Amendments (CLIA) licensed laboratory in Phoenix, Arizona. The LuCED test is a diagnostic tool to help inform physician decisions regarding early lung cancer early detection.

“We’re excited to have commercialized LuCED this year,” VisionGate President Scarlett Spring said. “Physicians are asking for a safe, easily implemented, cost-effective diagnostic tool to help manage false positives from LDCTs. We believe that LuCED is a component to the solution.”

VisionGate is headquartered in Phoenix with a Research & Development office in Seattle, Washington. For more information about VisionGate, visit www.visiongate3d.com.

VisionGate, Inc. is led by Dr. Alan Nelson, physicist, bioengineer and entrepreneur who previously developed the world’s first and only automated screening test to detect cervical cancer, marketed today as FocalPoint by Becton Dickinson. The wholly owned VisionGate Biosignature Laboratories (VBL) offers LuCED, a non-invasive diagnostic test for early-stage lung cancer detection with exquisite sensitivity and specificity. This take-home sputum test is processed on the world’s first 3D cell imaging platform, the Cell-CT, named aptly because it is similar in principle to taking a CT scan of individual cells, but using visible light without harmful radiation.