“Leading Women – Biotech and Beyond” has gained a reputation as a smart and sassy way to kick off Arizona Biosciences Week. Gathered high in the penthouse boardroom of Perkins Coie, an international law firm, some 40 women – and a few brave men – come together to share support and stories.

“I love to come to this event,” said one attendee. “When smart, savvy and successful woman come together, they are able to be truly authentic. The storytelling and laughter make for exhilarating evening.”

“One of the things I hope you will take away with you, is that there are always women who will help you,” said Joan Koerber-Walker, president and CEO of the Arizona Bioindustry Association (AZBio). “You never know how things will change, but always be true to yourself – to who you are, what you are, and in what you do,” she said.

In the spirit of support and success, three panelists shared their stories and fielded questions from moderator Katherine Nesler, Ph.D., a Perkins Coie associate and attendees. Prior to entering law school, Nesler received a Ph.D. in biology and B.S. in molecular biology from the University of Denver. Her doctoral research had implications in neuron growth, synaptic plasticity, and learning and memory.

Samira Kiani, M.D, is a researcher at Arizona State University in the Ira A. Schools of Engineering’s Kiani Lab and an assistant professor in the School of Biological and Health Systems Engineering.  Kiani earned her medical doctorate degree from Tehran University of Medical Sciences. Prior to ASU, she completed her postdoctoral training in the center for Synthetic Biology at Massachusetts Institute of Technology where she worked on developing synthetic gene circuits to reprogram the function and behavior of mammalian cells based on the Clustered Regularly Interspaced Short Palindromic Repeats (CRISPR)/Cas9 technology. 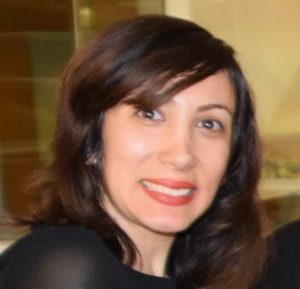 Kiani graduated high school in Tehran with high honors. She followed a prescribed path to becoming a medical doctor, only to discover that she wanted to solve more problems. For Kiani, leaving Iran for England was the start of a journey of self-discovery that ranged from fashion and theater, to environmental and social psychology, and medical humanities, in addition to her interest in synthetic biology and genetic editing.

Kiani shared a story of her time in a lab largely populated by populated with “hard-core male post-docs.” While the principal investigator interacted easily with the male postdocs, he found it difficult to speak to Kiani. She struggled with the situation, but learned from it. “I got fired eventually,” she said.

“I like being a woman. I am a person with emotions. I had to become hard-core to survive in this path,” she said, “but it’s not easy to be a successful woman scientist in this world. Sometimes you have to disconnect with your soul. I learned that to some extent, you have to play the game.”

Kiani remained true to herself – and her soul — and today is blazing her own trail. Kiani is now co-producer of a documentary, “The Human Game,” that explores the future of genetic editing and the power it has to significantly change our lives and our planet.  She is also Leshner Fellow for Public Engagement with Science with American Association for the Advancement of Science (AAAS), and determined to tell the stories of human interaction with science and technology through films. 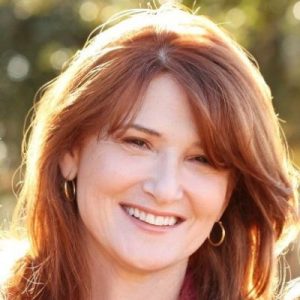 Mitzi Krockover: The path of an entrepreneur

Mitzi Krockover, M.D., is a managing director of Golden Seeds, one of the nation’s largest and most active investment groups that focuses on supporting women-led businesses.  Headquartered in New York City, Golden Seeds also has chapters in Atlanta, Boston, Dallas, Houston, and Silicon Valley – and active members throughout the country. Today, Krockover is co-leading a team to establish a Golden Seed Chapter in Phoenix.

Krockover’s perspective grows from being a physician, an entrepreneur, an executive with women’s health centers and an assistant professor. Most recently, she was the founding director of the Health Futures Council at ASU, a group of leaders created to guide and support Arizona State University’s health enterprise.  Her previous positions include Vice President of e-Health and Women’s Health for Humana Inc., Louisville, Kentucky and founding Medical Director of the Iris Cantor-UCLA Women’s Health Center and an Assistant Professor of Medicine at University of California-Los Angeles.

Krockover shared a story of a time when she worked with women of reproductive age. “We just kept reproducing,” she said. “We managed by covering for one another giving each other the flexibility we needed. We didn’t ask permission. We just did it.” 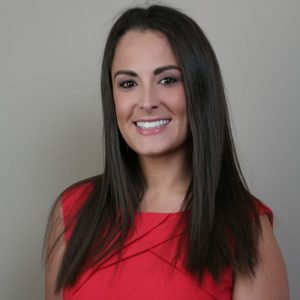 Brandy Wells: Reaching out to the community

Brandy Wells has also traveled a few paths, which started with degrees in biology and biotechnology. That love for science has been a thread throughout her professional career. Currently, she works in government relations for Pfizer, one of the largest biotechnology companies in the world. Previously, she worked in public affairs and science education at the Translational Genomics Research Institute (TGen), a cutting-edge biomedical research institute in Phoenix, and in external affairs at the Arizona Chamber of Commerce.

But she claims that her time as a junior high school biology teacher in urban Washington DC was her most impactful experience. “I use the skills I learned from teaching every day,” she said. “I learned how to translate complex content for different audiences and motivate people with different interests. This has served me in every role I’ve had since.”

Wells remarked that a quality she noticed in some female students and even professional peers was a tendency toward agreeableness rather than assertiveness at times when the latter would have been more valuable to them. She stressed assertiveness training as one option for building professional leadership skills in young women.

“Women can be very hard on one another,” said Wells. “Give a hand up to the women behind you.”

“Your voice is important,” said Krockover. “You give away power if you talk like a six-year-old.”

“Find your path,” said Kiani. “Today I don’t have to play the games. I am successful and independent of the challenges of the past.”