The National Medal of Technology and Innovation (NMTI) is now accepting nominations for 2018. Awarded by the President of the United States, the NMTI is the nation’s highest honor for technological achievement. If you know of an individual, team, or company that has made an outstanding technological contribution to United States’ economic, environmental, or social well-being, you can submit nominations until the April 6 deadline. The nomination form, a sample recommendation letter, and FAQs are available on the NMTI website. 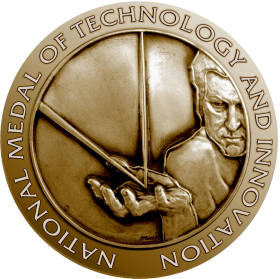 Nominations of candidates from traditionally underrepresented groups are encouraged.

You can learn more from a recently recorded webinar given by NMTI staff. Further, NMTI staff are happy to answer your questions to help ensure a quality nomination; feel to contact them at nmti@uspto.gov.