Momentum for repeal of the Medical Device Excise Tax is building in the 114th Congress. 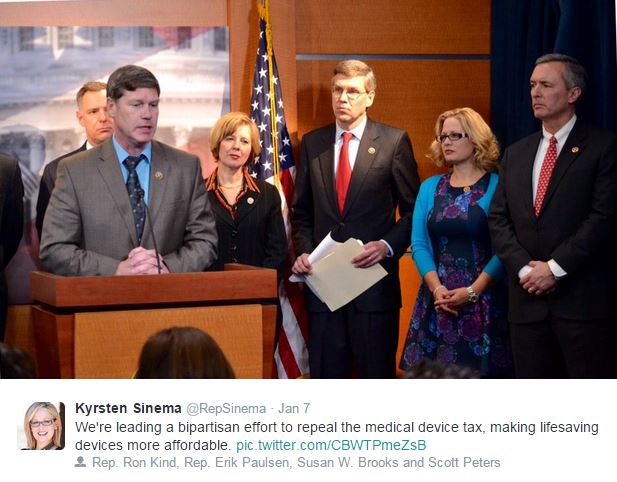 “Every dollar medical device manufacturers spend on this onerous tax is a dollar taken away from American innovation, job growth, and the ability to provide groundbreaking medical technologies to patients in need,” said Hatch. “Both Republicans and Democrats understand just how bad this tax really is, and we owe it to the American people to ensure the development of life-saving medical devices are not plagued by high-costs that will, ultimately, be passed on to patients. This is a common-sense bill, and I’m hopeful Congress will act swiftly to repeal this misguided tax once and for all.”

You can click here to read the Senate Finance Committee’s announcement of the  introduction of the legislation.

Members of the medical device community reiterated their support for repeal in a letter  signed by nearly 1,000 corporations and associations including AZBio.