TUCSON, Ariz. – A new study shows that changes in the expression of genes in the blood can predict poor outcomes of patients with idiopathic pulmonary fibrosis (IPF). The study results suggest that these potential biomarkers should be evaluated further for prioritizing lung transplantation and for drug studies. 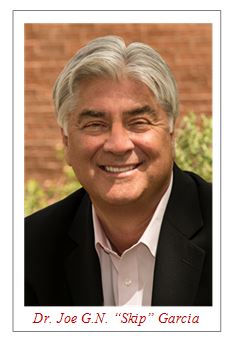 IPF is a disease of unknown cause in which lung tissue becomes scarred, resulting in a progressive decline in lung function. Currently, no therapy has proven beneficial other than lung transplantation. In the United States, IPF affects between 132,000–200,000 people; each year, approximately 50,000 new cases are diagnosed and as many as 40,000 Americans die from the disease, according to the Pulmonary Fibrosis Foundation. Patients with IPF survive an average of 3 to 3.5 years, and genetic factors have been associated with increased risk of developing the disease.

University of Arizona Senior Vice President for Health Sciences Joe G. N. “Skip” Garcia, MD, endowed professor of medicine at the UA College of Medicine – Tucson, is co-senior author of the study, published Oct. 2 online in Science Translational Medicine, the journal of the American Association for the Advancement of Science.

The study, “Peripheral Blood Mononuclear Cell Gene Expression Profiles Predict Poor Outcome in Idiopathic Pulmonary Fibrosis,” was led by Jose D. Herazo-Maya, Yale School of Medicine, and a team of researchers from the University of Chicago, University of Pittsburgh and University of Illinois at Chicago (UIC). Dr. Garcia previously was director of the Institute for Personalized Respiratory Medicine (IPRM) at UIC and University of Illinois Hospital & Health Sciences System in Chicago, and was vice president for health affairs and the Earl M. Bane Professor of Medicine, Pharmacology and Bioengineering at UIC.

Researchers aimed to identify peripheral blood mononuclear cell (PBMC) gene expression profiles predictive of poor outcomes in IPF by performing microarray experiments of PBMCs in two groups of patients with IPF. Fifty-two genes associated with transplant-free survival (TFS) were identified that influenced survival. Studying the pathways associated with TFS, researchers discovered novel immune targets (genes such as CD28, ICOS, LCK and ITK). These results suggest that CD28, ICOS, LCK and ITK are potential outcome biomarkers in IPF and should be further evaluated for patient prioritization for lung transplantation and for drug studies.

More information about the study is available at http://news.yale.edu/2013/10/02/newly-identified-biomarkers-help-predict-outcome-deadly-lung-disease