TUCSON, Ariz. – Oct. 15, 2013 – A human-like bionic man envisioned in popular culture may be years away, but there’s one manmade organ that already is saving lives: the SynCardia temporary Total Artificial Heart. 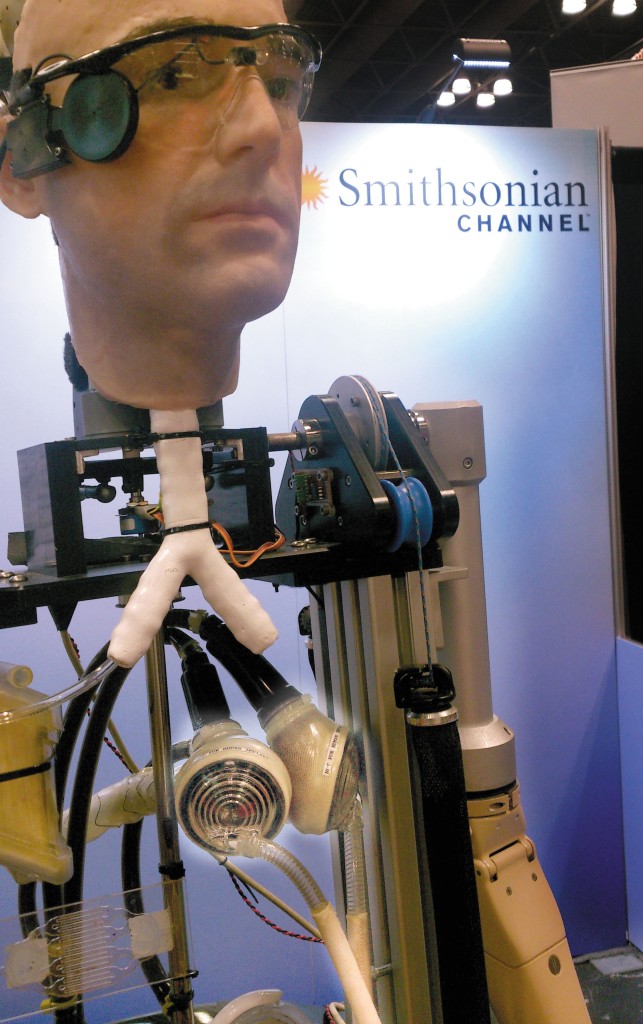 “Rex,” a bionic man constructed with manmade organs and prosthetic body parts, uses the SynCardia Total Artificial Heart. According to the show, the SynCardia Heart is the cyborg’s only manmade internal organ that is already saving lives today.

Scientists and roboticists researched and used the most advanced technology they could find to build the 2013 version of the bionic man, complete with prosthetic body parts and manmade organs. The documentary and complimentary museum exhibits are part of a collaborative effort that includes the Smithsonian Museum, London’s Science Museum, the Smithsonian Cable Channel and England’s Channel 4.

The high-tech cyborg, whose creation is documented in “The Incredible Bionic Man” television special and which has been moved from England to the Smithsonian Museum, not only has a skeletal frame with artificial limbs, but a heart, pancreas, lung, spleen and kidney.

“Many of these (organs) are still prototypes,” says the show’s narrator, Dr. Bertholt Meyer. “The hope is that one day they’ll solve the worldwide shortage of donor organs, but the (SynCardia) Artificial Heart is already saving lives.”

Today there are more than 3,000 Americans on a wait list for a donor heart transplant. Each year approximately 14-16 percent become too ill or die waiting for a donor heart. The SynCardia Total Artificial Heart is a bridge to transplant for patients suffering from end-stage heart failure affecting both sides of the heart (biventricular failure).

The exhibit will be at the Smithsonian National Air and Space Museum. ”The Incredible Bionic Man” documentary will debut on the Smithsonian Channel at 9 p.m. Eastern and Pacific times on Sunday, Oct. 20. It shows the surgical implantation of the SynCardia Total Artificial Heart into a U.S. patient.

“The Artificial Heart is made of two chambers that replace the heart’s two ventricles, the work horse that pumps 2,000 gallons of blood a day,” says Meyer. “With all that work to do, the Artificial Heart has to be tough and durable. Its valves are titanium and its chambers are reinforced polymers.”

The SynCardia Total Artificial Heart in the bionic man is powered by the Freedom® portable driver. Once a patient’s condition becomes stable, they are switched to the Freedom. With this 13.5-pound, wearable power supply, patients can be discharged from the hospital to wait for a donor human heart at home and in their communities.

“We are proud that the SynCARdia Total Artificial Heart is part of this documentary that shows the most advanced technology that can help humans live longer, healthier lives,” says Michael P. Girappa, SynCardia Systems Inc. CEO and president.

The Freedom portable driver is CE approved for use in Europe and undergoing an FDA-approved Investigational Device Exemption (IDE) clinical study in the U.S. 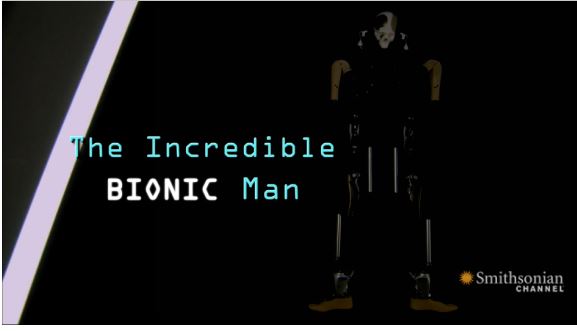 SynCardia Systems, Inc. (Tucson, AZ) is the privately-held manufacturer of the world’s first and only FDA, Health Canada and CE approved Total Artificial Heart. Originally used as a permanent replacement heart, the SynCardia Total Artificial Heart is currently approved as a bridge to transplant for people suffering from end stage heart failure affecting both sides of the heart (biventricular failure). There have been more than 1,200 implants of the Total Artificial Heart, accounting for more than 335 patient years of life on the device.

Similar to a heart transplant, the SynCardia Total Artificial Heart replaces both failing heart ventricles and the four heart valves. It is the only device that eliminates the symptoms and source of end stage biventricular failure. Unlike a donor heart, the Total Artificial Heart is immediately available at 87 SynCardia Certified Centers worldwide with 33 others in the process of certification.

The Total Artificial Heart provides immediate, safe blood flow of up to 9.5 liters per minute through each ventricle. This high volume of blood flow helps speed the recovery of vital organs, helping make the patient a better transplant candidate.

In its February 2013 issue, Forbes selected SynCardia as one of “America’s Most Promising Companies” for the second consecutive year. On the list of 100 privately held, high-growth companies with bright futures, SynCardia was selected #69, moving up eight spots from its #77 ranking last year. See the full list of SynCardia Awards & Recognition.