Among the zoo of biomolecules essential to life, proteins are the most startlingly varied and versatile. 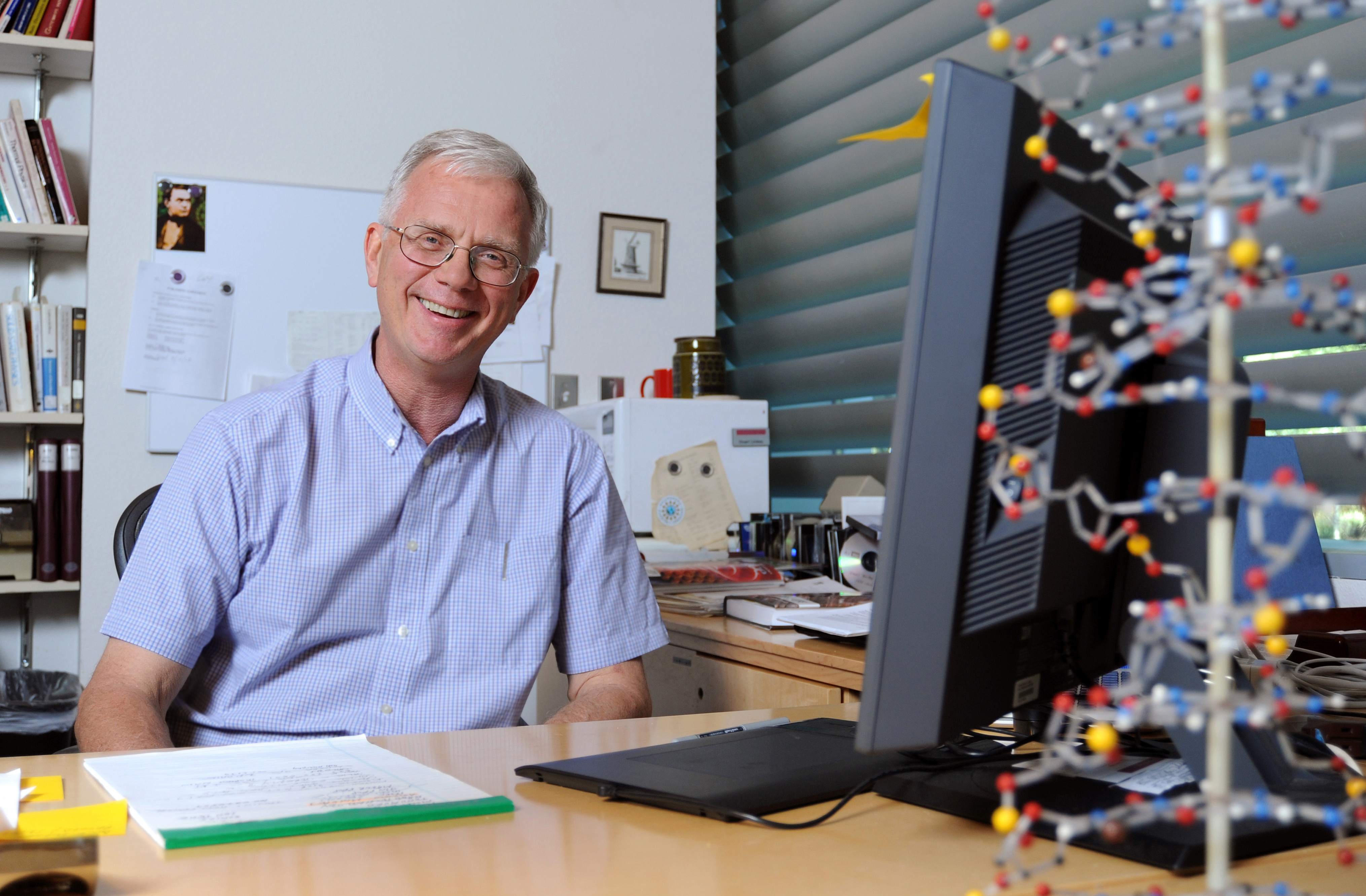 Dr. Stuart Lindsay directs the Biodesign Center for Single-Molecule Biophysics. He holds the Edward and Nadine Carson Presidential Chair in Physics, and is also professor in the School of Molecular Sciences at Arizona State University.

These complex structures, generated from the DNA code and built from some 20 amino acids play a central role in innumerable life processes. In the form of antibodies, proteins defend organisms from infectious agents like bacteria and viruses. As enzymes, protein molecules speed up chemical reactions necessary to sustain life.  Proteins also act as messengers that coordinate disparate communication activities between cells.

Although proteins have been the focus of intense study, researchers still have much to learn about these enigmatic molecules that self-assemble into elaborate 3D forms; particularly their subtle roles in health and disease.

In a new study, Stuart Lindsay and his colleagues at Arizona State University explore a surprising property of proteins—one that has only recently come to light. In research appearing in the Proceedings of the National Academy of Science (PNAS), the group demonstrates electrical conductance through proteins poised between a pair of electrodes.

They further show that such conductance only occurs under highly specific conditions, when the contacts connecting the protein molecules to their electrodes are composed of the exactly the molecule the protein has evolved to bind. This provides a recipe for wiring proteins into electrical circuits.

“If you had told me that proteins would be good circuit elements 5 years ago, I would have laughed at you—that’s ridiculous,” Lindsay says. His skepticism however, soon gave way to surprise: “ We discovered a few years ago that a protein involved in sticking cells together, with no known electrical function, conducted like a beautiful wire if connected to electrodes by the  small piece of protein it had evolved to recognize. This was a big mystery to us, and the present study was designed to see if this was a general property of any randomly-selected protein. It turns out to be true: all the proteins we have tried, connected to electrodes by means of the specific molecules they recognize, make almost perfect molecular wires, though we are far from understanding why this is.”

I sing the body electric

The flow of electrons through biological systems constitute some of the most important reactions in Nature, essential to energy conversion processes ranging from respiration and metabolism to photosynthesis. While the basics are understood, sophisticated methods are required to tease out the fine details and many puzzles remain.

In the new study, the researchers made direct electronic measurements of single protein molecules, which have traditionally been regarded as electrical insulators. The measurements were made using a scanning tunneling microscope, an instrument with a very fine probe capable of touching just one molecule.

The initial molecule of choice is known as integrin—an ubiquitous protein cells use to attach their cytoskeleton to the extracellular matrix. An integrin evolved to recognize a particular small peptide (small piece of protein) acted like a strong conductor, whereas a variant integrin, not evolved to recognize that particular peptide, acted like an insulator. Having identified integrin as a strong conductor under the right conditions, the group began the search for other proteins capable of conductance, looking particularly at proteins that have no known role in electron transfer.

In all, six proteins were selected for the conductance study. None were capable of generating electrochemical current, leaving electronic conduction as the only means of electrical conduction. When the molecules were tethered to a surface in their native, aqueous environment, and by means of molecules the proteins recognized specifically, electrical conductivity was observed.

This conductivity was highest when two specific contacts were made – for example, using an antibody which has two sites for binding its target protein.  When the antibodies were cut in half, so only one specific contact was made, the conductivity fell dramatically. Some of the antibody molecules used in the study were developed and synthesized in the laboratory of co-author Qiang “Shawn” Chen, at the Biodesign Center for Immunotherapy, Vaccines and Virotherapy, using rapid and flexible plant-expression systems.

The secret life of proteins

The implications of these results are significant because they permit great specificity in the detection of single molecules, and because they provide a recipe for wiring proteins into an electrical circuit where they can be used as sensitive chemical sensors. Using the technique, individual antibodies may be sensed electrically when they bind a peptide epitope tethered to electrodes. Where no binding occurs, the signal will be zero, with no electrical background leakage in the circuit, in contrast to the commonly-used fluorescence (ELISA) assays which suffer from unwanted background signals.

As the study demonstrates, breaking off an arm of the Y-shaped epitope caused a lower level of conductance through the molecule, yielding lower conductance peaks. As Lindsay explains: “One binding site will do, but the best circuits are made with two specific binding sites. Once you’re armed with that knowledge it’s like being told how to use a piece of electronic design software to make protein circuits.” Lindsay’s group is currently working on a variety of systems leveraging this approach.

Lindsay, who directs the Biodesign Center for Single-Molecule Biophysics, has been performing elaborate tricks with individual molecules for much of his career. The study of subtle events occurring at the nanoscale has important implications for chemistry, biology, physics, materials science, engineering, and other fields. At this tiny scale, ghostly effects associated with the quantum realm become key ingredients governing physical behavior.

Lindsay holds the Edward and Nadine Carson Presidential Chair in Physics, and is also professor in the School of Molecular Sciences at Arizona State University.

On the horizon, a chip-based version of the technology could beam individual protein information to a computer for analysis, making the promise of truly personalized medicine a reality. “The next steps will be actually making some of the protein-based machines that will serve very useful functions in medicine and analytical chemistry,” Lindsay says.  “The technology is very powerful.”