The Board of Directors of the Critical Path Institute (C-Path) announced today that Martha Brumfield, Ph.D., has been named interim president and chief executive officer of the organization. Brumfield, C-Path’s former director of International & Regulatory Programs, takes over immediately for Carolyn Compton, M.D., Ph.D., who will be assuming a new position at Arizona State University (ASU). 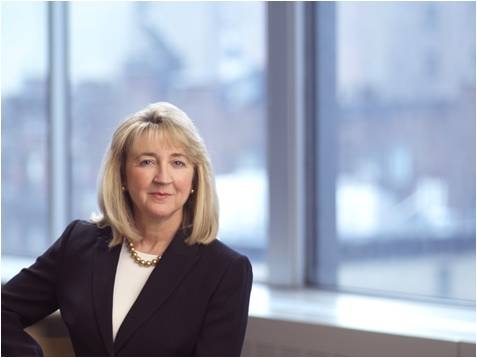 Martha Brumfield, Ph.D., was recently named the interim president and chief executive officer of the Critical Path Institute. In this role, Brumfield will lead the institute in its mission to foster development of new evaluation tools, which accelerate medical product approval.

“Martha Brumfield brings world-class leadership and experience from her career in the dynamic world of bio-pharma, having successfully led global organizations, both large and small, through the complex arena of medical product approval and post-marketing safety evaluation,” said Peter B. Corr, Ph.D., chairman of the C-Path board of directors. “Martha will be instrumental in helping the institute operate effectively in today’s biomedical research and regulatory environment by bringing all stakeholders together to achieve a highly improved drug development and approval process, benefiting patients worldwide.”

As interim president and CEO, Brumfield will help C-Path continue its mission to expand novel tools and methodologies that will accelerate the development and review of medical products,” said Corr.

“During my time at C-Path, I have been impressed by the depth of scientific talent, the integrity and dedication of the staff and our partners and supporters,” Brumfield said. “I look forward to achieving successes together and leveraging the strengths and mission of C-Path to advance regulatory science for the good of providers and patients.”

Dr. Carolyn Compton, a professor at ASU, will now devote her full-time efforts to the National Biomarkers Development Alliance, a unique biomarker initiative that is headquartered at ASU. Dr. Compton, who has a lifelong passion for cancer research with a focus on biomarkers and biospecimans, helped plan the initiative along with the founding partners, ASU, C-Path and the International Genomic Consortium. Additionally, she is the chair of the American Joint Committee on Cancer and an executive committee member of the Commission on Cancer of the American College of Surgeons. Prior to C-Path, Dr. Compton held leadership positions at the National Cancer Institute, the College of American Pathologists, and was a professor of Pathology at Harvard Medical School.

“Carolyn has been a key participant in Arizona’s progression to become a leader in biomarker development and regulatory pathways to approval,” said Jeff Jacob, vice chairman of the C-Path board of directors. “She created and led strong, productive relationships with Arizona stakeholders dedicated to developing new biomarker pathway initiatives. I’m fully confident she will expand those relationships in her role with Arizona State University.”

ABOUT THE CRITICAL PATH INSTITUTE

The Critical Path Institute (C-Path) is an independent, non-profit organization established in 2005 with public and private philanthropic support from the Arizona community, Science Foundation Arizona and the U.S. Food and Drug Administration (FDA). An international leader in forming collaborations, C-Path has established global, public-private partnerships that currently include more than 1,000 scientists from government regulatory agencies, academia, patient advocacy organizations and dozens of major pharmaceutical companies. C-Path is headquartered in Tucson, Ariz., and has an office in Rockville, MD. Visit www.c-path.org for more information.