Last year, pancreatic cancer overtook breast cancer as the third leading cause of cancer deaths. WIth a five-year survival rate of just 8 percent, it is one of the deadliest forms of cancer. 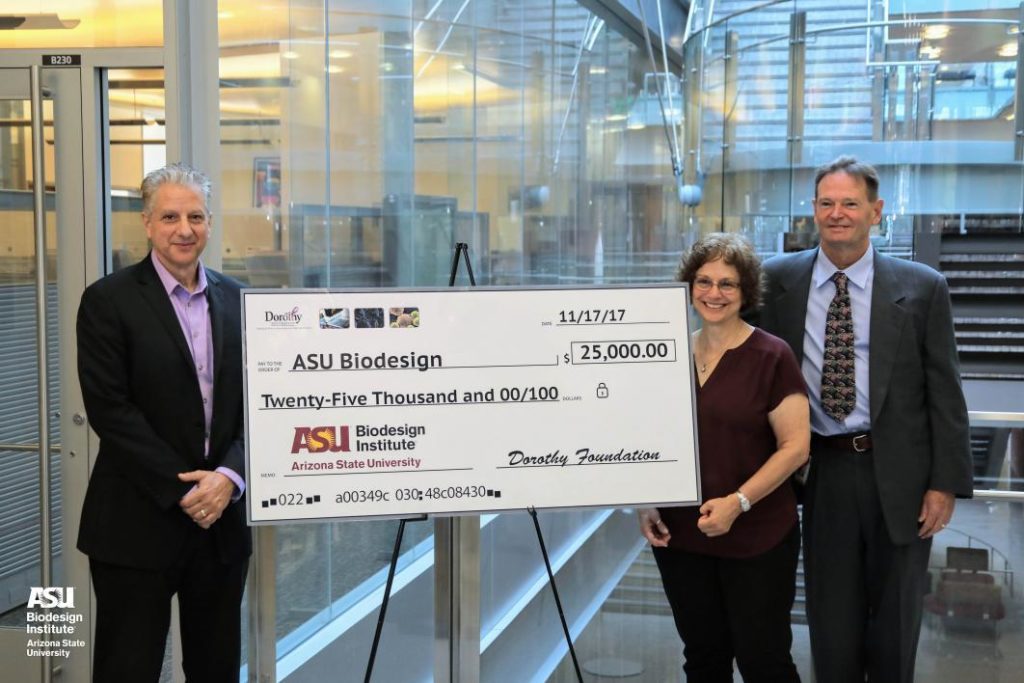 But with early detection, that survival rate rises to 60 percent, even with conventional treatments. That’s why the Dorothy Foundation donated $25,000 to a project led by Stephen Johnston, director of the Biodesign Center for Innovations in Medicine and professor at the School of Life Sciences at Arizona State University.The Dorothy Foundation donated $25,000 to the Biodesign Institute at Arizona State University for a project to diagnose Stage 1 pancreatic cancer.

Johnston is hoping to transform the diagnosis of pancreatic cancer. His research aims to detect Stage 1 pancreatic cancer with an immunosignature technology he developed at the Biodesign Institute at ASU.

Johnston said the donation will help him gather blood samples of Stage 1 pancreatic cancer, which are difficult to collect because pancreatic cancer does not create symptoms at early stages. He needs those samples for a pilot study to prove the immunosignature technology works, a key step to developing a reliable and inexpensive diagnostic test.

“We try to push the edge, and we feel this is our responsibility for the university,” Johnston said. “We should be taking the really high-risk chances out there, which often starts just like this. It starts with a little seed fund that’s willing to take a bet, and then we see that catalyze enough interest that we can get the bigger funding to come in, and that’s been our modus operandi for years and years.”

Longtime FOX 10 Phoenix sports anchor Jude LaCava and his sister Sandra LaCava started the Dorothy Foundation to honor their mother, who died of breast cancer at age 49, and accelerate cancer research. Sandra LaCava serves as executive director of the foundation.

“We know the devastation of loss and the tremendous torment that many patients go through, especially when it’s late-stage cancer,” said Jude LaCava. “We’re here to get in the trenches and support the researchers like Dr. Johnston here at ASU Biodesign.”

The Dorothy Foundation presented a check during a ceremony at the Biodesign Institute on Friday morning. Friends of Jude and Sandy LaCava who had lost loved ones to pancreatic cancer joined them at the event, and Johnston gave them a tour of his laboratory and an update on his work to develop better diagnostic tools for cancer.

“I can’t express enough my appreciation for Jude, Sandy and the Dorothy Foundation for giving us continued support for what we’re trying to do here,” Johnston said.

“Cancer is such an awful thing, and the fact that you all have taken the initiative to establish a foundation in honor of your mom and recognize her legacy in this way is an inspiration to others to also join the fight, so we thank you for that,” Spicer said.

“You’ve chosen Biodesign. You’ve been an advocate for us for a number of years now, and that means the world to us. It’s more than just the dollar figure. That provides us inspiration to keep going, and we’re just incredibly grateful for the support.”