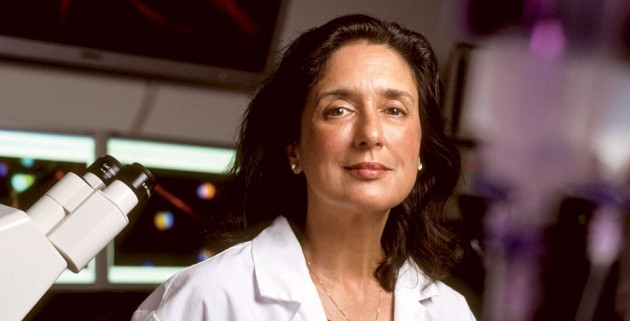 Roberta Diaz Brinton, PhD – a leading neuroscientist in the field of Alzheimer’s, the aging female brain and regenerative therapeutics – has been appointed inaugural director of the UA Center for Innovation in Brain Science at the University of Arizona Health Sciences. She will begin her new duties May 9, 2016.

The Center for Innovation in Brain Science will accelerate the advancement of evidence-based clinical care of brain disorders caused by disease, genetics or trauma. The Center will focus on research and scholarship across the spectrum of brain disorders and the emerging area of brain and cognitive development, with particular emphasis on four areas of current UAHS strength: cognitive aging in health and disease, chronic pain and traumatic brain injury, stroke and aphasia, and integrative/systems neuroscience. The Center will speed the development of novel, multidisciplinary approaches to address neurodegenerative diseases through research, clinical practice interventions, education and community collaborations.

“I am extremely pleased to welcome Dr. Brinton to the University of Arizona,” said Joe G.N. “Skip” Garcia, MD, UA senior vice president for health sciences. “She is an incredibly innovative and creative neuroscientist who brings an outstanding track record of research accomplishment in her field and who is the ideal person to lead our enterprise-wide efforts to advance basic and translational research in brain science and neurodegenerative diseases.”

Dr. Brinton will join the UA from the University of Southern California where she is the R. Pete Vanderveen Chair in Therapeutic Discovery and Development and professor of pharmacology and pharmaceutical sciences at the School of Pharmacy; professor of neurology at the Keck School of Medicine; and professor of biomedical engineering at the Viterbi School of Engineering. She also is director of the Kenneth T. and Eileen L. Norris Foundation Laboratory for Neuroscience Research and the Science, Technology And Research (STAR) science education outreach program. From 2007 to 2014, she served as director of Preclinical Translation and Regulatory Support, USC Clinical and Translational Science Institute (USC and Children’s Hospital Los Angeles).

She has been principal investigator for major National Institutes of Health-funded program project and center grants focused on brain disorders, and her research has been continuously funded by NIH for more than 20 years.

“I am thrilled and honored to lead the UA Center for Innovation in Brain Science,” said Dr. Brinton. “The Center will bring the power of precision medicine to personalize therapeutics to cure neurological disease. The University of Arizona is the right place at the right time to accelerate innovations in brain science of the future for those who need them today.”

Dr. Brinton currently serves on the NIH Director’s Center for Scientific Review Advisory Council and the Board of Governors of the Alzheimer’s Drug Development Foundation (New York). She has served on the National Institute of Mental Health Scientific Intramural Review Program Board of Scientific Counselors and the National Institute of Mental Health Blue Ribbon Panel. Currently, she serves on the scientific review boards for the National Institute on Aging Review Panels, the Alzheimer’s Drug Development Foundation and the Alzheimer’s Association. Her professional memberships include the Society for Neuroscience and the International Brain Research Organization/World Federation of Neuroscientists. Dr. Brinton is co-founder of CoCensys, a biotechnology company engaged in the development of ethical pharmaceuticals to treat neurological and psychiatric disorders.

Dr. Brinton has received numerous awards and recognition for her research and STEM education initiatives. Notably, she recently was honored as Woman of the Year by Los Angeles magazine for her translational research that is creating innovative therapies to prevent and treat Alzheimer’s disease. She was included in U.S. News & World Report’s 2005 “Ten Best Minds” list, received the 2006 Society for Neuroscience Science Educator of the Year, and was awarded one of the nation’s highest civilian honors, the 2010 Presidential Citizens Medal, presented by President Barack Obama, for her work in promoting careers in science, technology, engineering and mathematics (STEM) among minority students.

Dr. Brinton has more than 160 articles published in peer-reviewed journals and has authored 30 book chapters and invited reviews. She is an internationally recognized neuroscientist with more than 250 invited presentations worldwide.  She serves on the editorial review board for Alzheimer’s & Dementia: Translational Research & Clinical Interventions and reviews for numerous scientific journals, including theProceedings of the National Academy of Science (PNAS).

Dr. Brinton earned her bachelor’s degree in psychology and biology (Summa Cum Laude Honors, Phi Beta Kappa), her master’s degree in neuropsychology, and her doctorate in neuropharmacology and psychobiology as a National Institutes of Health Predoctoral fellow, from the University of Arizona. She continued her research as a National Institutes of Health Postdoctoral Fellow at Rockefeller University’s Laboratory of Neuroendocrinology in New York from 1984 to 1986. In 1987, she was an invited scientist at the Weizmann Institute of Science, Rehovot, Israel; the Rudolf Magnus Institute of Neuroscience, Utrecht, the Netherlands; and the Netherlands Institute for Brain Research, Amsterdam. She joined the USC School of Pharmacy faculty in the Department of Molecular Pharmacology and Toxicology in 1988.

The University of Arizona Health Sciences is the statewide leader in biomedical research and health professions training. The UA Health Sciences includes the UA Colleges of Medicine (Phoenix and Tucson), Nursing, Pharmacy and Mel and Enid Zuckerman College of Public Health, with main campus locations in Tucson and the growing Phoenix Biomedical Campus in downtown Phoenix. From these vantage points, the UA Health Sciences reaches across the state of Arizona and the greater Southwest to provide cutting-edge health education, research, patient care and community outreach services. A major economic engine, the UA Health Sciences employs almost 5,000 people, has nearly 1,000 faculty members and garners more than $126 million in research grants and contracts annually. For more information:http://uahs.arizona.edu