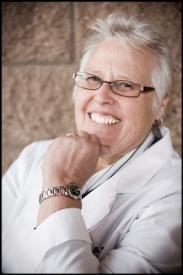 “ContraPest® has the ability to revolutionize how we control rodent pest populations in the United States by focusing on the root cause of the problem – reproduction,” commented Dr. Loretta Mayer, CEO of SenesTech. “Municipalities are perpetually faced with the constant harm caused by rodent overpopulation, including the transmission of diseases, damage to public infrastructure, as well as destruction and contamination of food supplies. ContraPest® is more humane, less harmful to the environment, and more effective in providing a sustainable solution to rodent pest infestations than traditional lethal methods, such as rodenticides, which contain lethal chemicals that can be toxic to humans and other animals.”

Dr. Mayer continued, “With this EPA approval, we look forward to working with local, state, and federal municipalities, as well as the private sector, to rapidly deploy our revolutionary technology, ContraPest®, helping to solve a rodent infestation epidemic which continues to go unresolved globally.”

ContraPest’s® novel technology and approach targets the reproductive capabilities of both sexes, inducing egg loss in female rodents and impairing sperm development in males. Using proprietary bait stations, ContraPest® is dispensed in a “rodent-friendly” liquid formulation that promotes the sustained take-up by rodent communities. ContraPest® is designed, formulated and dispensed to be safe for handlers and non-target species such as wildlife, livestock and pets, breaking down into inactive ingredients when it comes in contact with soil or water. In contrast, the historical approach to managing rodent pest populations, rodenticides, carries a high risk of environmental contamination and the poisoning of non-target animals, pets and children.

Current efforts to control rodent populations include the use of lethal chemical agents, also referred to as rodenticides, the sale of which constituted a $900 million market worldwide in 2013. Rodenticides, however, have a number of serious shortcomings:

SenesTech has developed an innovative technology for managing animal pest populations through fertility control as opposed to a lethal approach. The Company’s first fertility control product candidate, ContraPest®, will be marketed for use initially in controlling rat infestations. We believe our non-lethal approach, targeting reproduction, is more humane, less harmful to the environment, and more effective in providing a sustainable solution to pest infestations than traditional lethal pest management methods. There is currently no fertility control product approved by the Food and Drug Administration (FDA), or the Environmental Protection Agency (EPA), for the management of rodent populations.  We believe ContraPest® will establish a new paradigm in rodent control, resulting in improved performance in rodent control over rodenticides, without the negative environmental effects of rodenticides.  For more information visit the SenesTech website at www.senestech.com.