An Arizona State University team won $100,000 at the ASU Innovation Open on Friday to fund their business, which makes a device that relieves anxiety. 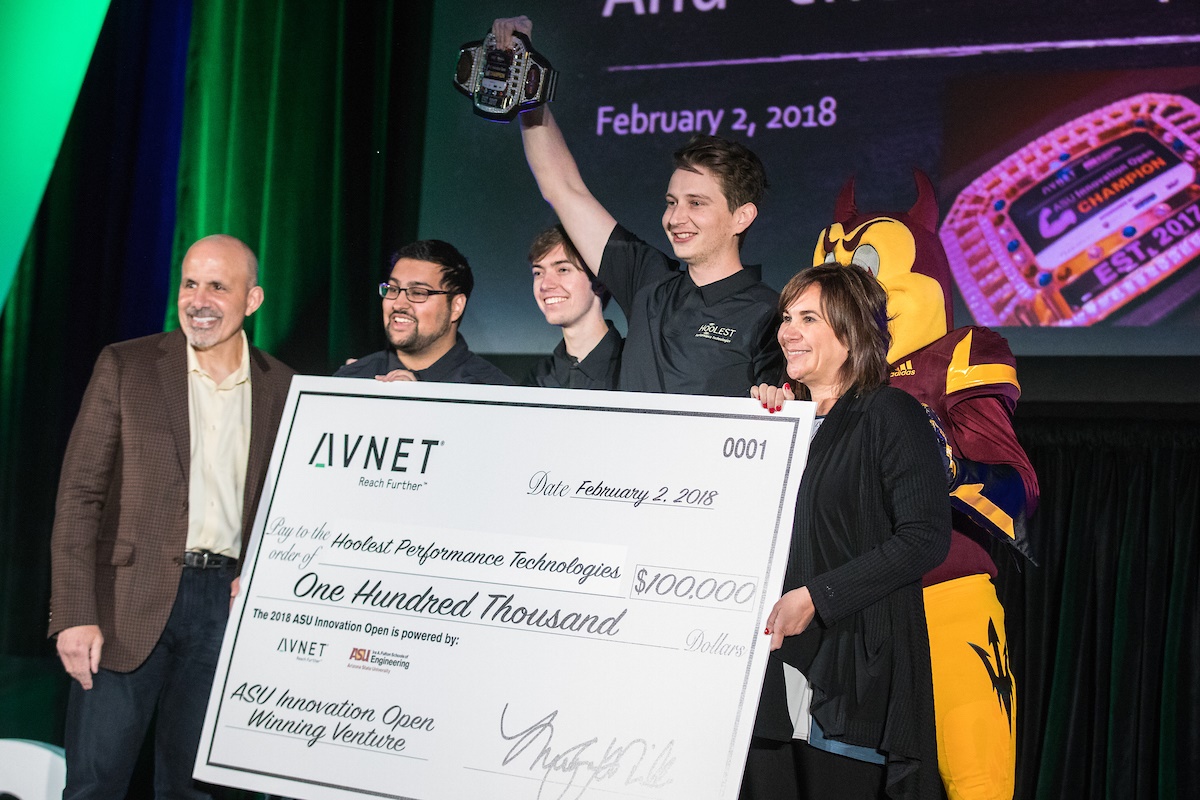 Hoolest Performance Technologies, made up of three ASU engineering students, won the grand prize at the entrepreneurial competition, beating out four other student-led ventures. The $100,000 investment will go toward creating more of the earbud devices, which block stress by stimulating the vagus nerve.

The idea was launched by Nicholas Hool, a biomedical engineering graduate student in the Ira A. Fulton Schools of Engineering, who suffered from performance anxiety while he was a nationally competitive golfer in high school.

“Everyone is familiar with being nervous, whether it’s playing golf against Tiger Woods or giving a public presentation,” Hool told the judges during the team’s pitch. “Uncontrolled nerves can significantly inhibit your performance.”

Hoolest Performance Technologies earbuds sit inside the ear, like regular earbuds, and emit an electrical stimulation that connects to the vagus nerve, which activates the body’s own relaxation response, lowering the heart rate. Hool said the device, which will sell for about $200 when it eventually gets to market, works in minutes and the effect lasts for almost an hour without the side effects of anti-anxiety medications.

The company has already signed up a few professional golfers to test the earbuds, which will be targeted at elite athletes first, and then the general public.

To schedule an interview or live broadcast from our radio/HDTV studio on campus, contact Theresa Grant, 480-727-4058

About ASU
Arizona State University has developed a new model for the American Research University, creating an institution that is committed to access, excellence and impact. ASU measures itself by those it includes, not by those it excludes. As the prototype for a New American University, ASU pursues research that contributes to the public good, and ASU assumes major responsibility for the economic, social and cultural vitality of the communities that surround it.