Will Gartner, serial entrepreneur and a long-time friend, advocate, and active member of AZBio, passed on Saturday, August 1st. He was 78-years young. 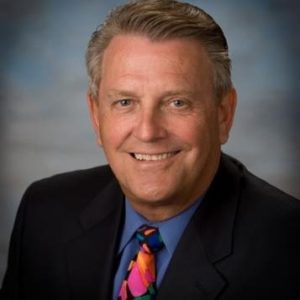 Will decided to settle in Arizona in 1983 after selling his network of environmental testing laboratories, which he founded in 1973 and were based in Illinois and Texas.  His plans were to take some time off to relax, get away from the Midwest winters, and spend more time with his family and play more golf.

As an avid golfer, Will decided to try his hand at designing a complete range of new golf clubs.  His design of an early utility club called the “Power Spoon” won an award from Golf Digest as the best new utility club of 1988, which made its first appearance in the Phoenix Open Silver Pro-Am that year.  He enjoyed the travel, following the tour and the time he was spending improving his golf game.

At the same time, Will served as a consultant to several Valley environmental engineering firms working with them on their laboratory testing needs and helping them find and vet lab services.  He soon found himself back in the laboratory business in the 90’s and successfully launched and sold two of those operations.  In 2003, he shifted his interest into the medical diagnostics field concentrating on developing blood-based tests to support early Alzheimer and cancer detection.  Several of the companies he founded were Acculabs, GW Medical, Biomarker Technologies, RCP Diagnostics, Provista Life Sciences, Provista Diagnostics, Global Cancer Diagnostics and Cancer Screening Corporation.  He also held over eighteen patents; one of which was actually a “better mouse trap”; but that’s a story for another day.

In his spare time, Will also taught chemistry and physics to 7th and 8th grade students at the Montessori Academy and served as a judge at their annual Science Fairs.  He was a dear friend to many, always giving of his time, and the consummate entrepreneur.  He will be deeply missed.

He is survived by his wife Jennifer, his children Katie, Kim, Andrea, Ben and Greer, and 5 grandchildren.