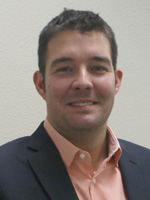 “Receiving orphan drug designation for CBD to treat pediatric schizophrenia is a lifeline for the thousands of children living with this disorder, and the parents who care for them,” said Michael L. Babich, President and Chief Executive Officer. “We are excited to explore the potential utility of our CBD candidate for this severe disorder alongside the other indications for which it has been granted ODD. We look forward to dosing our first human subjects with CBD in a Phase I clinical trial, which we expect to take place in early 2015.”

Insys has previously been granted ODD for its pharmaceutical CBD for the treatment of glioma, a tumor of the brain or nervous system, glioblastoma multiforme (GBM), the most common and most aggressive malignant primary brain tumor in humans, and two rare forms of pediatric epilepsy, Lennox-Gastaut Syndrome and Dravet Syndrome. Insys intends to pursue orphan drug designation for its pharmaceutical CBD for the treatment of other indications that may qualify. Orphan drug designation is granted by the FDA Office of Orphan Products Development to novel drugs or biologics that treat rare diseases or conditions affecting fewer than 200,000 patients in the U.S. The designation provides the drug developer with a seven-year period of U.S. marketing exclusivity upon approval, as well as certain financial incentives that can help support its development.

Insys continues to evaluate the potential use of pharmaceutical CBD in several additional indications, including adult epilepsy, chemotherapy-induced peripheral neuropathy, and addiction in cocaine, amphetamines and opioids.

Insys manufactures pharmaceutical CBD and pharmaceutical dronabinol (THC), both of which are cannabinoids, at its FDA-inspected and Drug Enforcement Administration (DEA)-approved facility in Round Rock, Texas. The company has DEA approval to produce 15kg of CBD in 2014, and expects a larger quota in 2015 for its continued clinical studies. Insys believes that it is the only U.S.-based company with the capacity to produce pharmaceutical cannabinoids in scalable quantities.

About Pediatric Schizophrenia Pediatric schizophrenia is a severe brain disorder that causes a child to interpret reality abnormally and has a profound impact on a child’s behavior and development. The early age of onset presents special challenges for diagnosis, treatment, educational needs, and emotional and social development. Pediatric schizophrenia includes cognitive, behavioral and emotional issues. Symptoms may include hallucinations, delusions and disordered thinking that impair a child’s ability to function. There is no known cure for this disorder. The current standard of care includes behavioral therapies and anti-psychotic medications.

Subsys(R) is a registered trademark of Insys Therapeutics, Inc.

Forward-Looking Statements This press release contains forward-looking statements, including statements regarding the development of Insys’ pipeline of sublingual sprays and pharmaceutical cannabinoids; the ability of Insys to advance development of a product related to CBD for pediatric schizophrenia, adult epilepsy, chemotherapy-induced peripheral neuropathy and addition in cocaine, amphetamines and opoids; timing of the planned Phase I clinical (human dosing) trial related to our pharmaceutical CBD; the expectation of receiving a larger quota in 2015 for Insys’ CBD in the use of its clinical studies; the ability of Insys to provide adequate quantities of CBD sufficient to pursue its CBD development program; and Insys’ belief that it is the only U.S.-based company with the capacity to produce pharmaceutical cannabinoids in scalable quantities. These forward-looking statements are based on management’s expectations and assumptions as of the date of this press release, and actual results may differ materially from those in these forward-looking statements as a result of various factors, many of which are beyond our control. For a description of these risks facing the company, please see the risk factors described in our filings with the United States Securities and Exchange Commission, including those factors discussed under the caption “Risk Factors” in our Annual Report on Form 10-K for the year ended December 31, 2013 and any subsequent updates that may occur in our Quarterly Reports on Form 10-Q. Forward-looking statements speak only as of the date of this press release and we undertake no obligation to update or revise these statements, except as may be required by law.