PHOENIX, AZ–(Marketwired – May 6, 2014) – Insys Therapeutics, Inc. (NASDAQ:INSY) announced today plans to advance development of its pharmaceutical Cannabidiol (CBD), a synthetically produced and over 99% pure form of cannabidiol, to treat epilepsy in children and adults. Insys has engaged a large international Clinical Research Organization to provide development and regulatory services and has hired Mark Davis as Senior Clinical Director to oversee this program.

Insys plans to file an Investigational New Drug (IND) application with the Food and Drug Administration (FDA) in the second half of 2014 for CBD for the treatment of epilepsy. In pediatrics, Insys plans to pursue development of treatments for Lennox-Gastaut Syndrome and Dravet Syndrome, which are orphan indications.

“We are excited to take these important steps, which we believe pave the way to advance our pharmaceutical CBD candidate into clinical trials to treat these severe forms of epilepsy,” said Michael L. Babich, President and Chief Executive Officer. “We have a unique opportunity to produce a tested and controlled pharmaceutical cannabinoid treatment that can make a substantial difference in the lives of patients with epilepsy.”

“As a further indication of our commitment to bring to market our pipeline of innovative pharmaceutical CBD therapies that potentially provide significant medical benefits to patients, we are pleased to announce the appointment of Mark Davis as Senior Clinical Director,” said Mr. Babich. 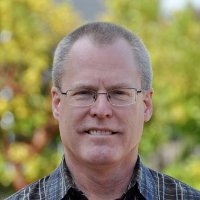 Mr. Davis has more than 30 years of experience in pharmaceutical/biotech and medical device development, most recently at Medicis Pharmaceutical Corporation (now Valeant Pharmaceuticals International, Inc.) as Executive Director of Clinical Research. Prior to that, Mr. Davis spent 12-years at Amgen in various senior level positions including the Associate Director of Clinical Research. He also held additional senior clinical positions at Topica Pharmaceuticals, Onyx, Medtronic and Stiefel Laboratories. Mr. Davis has a Master’s in Biomedical Engineering from the University of Utah.

In addition to the use of this pharmaceutical cannabinoid for the treatment of epilepsy, Insys is evaluating its potential utility in several other indications, including:

About Lennox-Gastaut Syndrome
Lennox-Gastaut Syndrome is a severe form of childhood-onset epilepsy that typically manifests between two and six years of age. The syndrome is characterized by multiple seizure types, moderate to severe cognitive impairment, and an abnormal EEG. The frequency and severity of seizures vary by individual. It is often treated with, but has proved resistant to, various anti-seizure medications. There is no cure for the syndrome at this time.

About Dravet Syndrome
Dravet syndrome, also known as Severe Myoclonic Epilepsy of Infancy (SMEI), is a rare and catastrophic form of intractable epilepsy that begins in infancy. Initial seizures are most often prolonged events and in the second year of life other seizure types begin to emerge. Development remains on track initially, with plateaus and a progressive decline typically beginning in the second year of life. Individuals with Dravet syndrome face a higher incidence of SUDEP (sudden unexplained death in epilepsy) and have associated conditions, which also need to be properly treated and managed.

About Insys Therapeutics, Inc.
Insys Therapeutics is a specialty pharmaceutical company that develops and commercializes innovative products for supportive care of cancer and pain patients. Using its proprietary sublingual spray technology and its capability to develop pharmaceutical cannabinoids, the company addresses the clinical shortcomings of existing commercial products. The company currently markets two products, Subsys, which is sublingual Fentanyl spray for break through cancer pain, and a generic version of Dronabinol (THC) capsules. The company plans to file a New Drug Application (NDA) for an oral liquid formulation of Dronabinol in the second half of 2014 and believes it is a clinically superior product to current Dronabinol capsules. The company is developing a pipeline of sublingual sprays, as well as pharmaceutical CBD.

Forward-Looking Statements
This press release contains forward-looking statements, including statements regarding our expectations related to filing at least one Investigational New Drug application with the Food and Drug Administration in the second half of 2014 for pharmaceutical CBD, our plan to pursue the development of treatments for Lennox-Gastaut Syndrome (LGS) and Dravet Syndrome related to epilepsy, the potential benefits of our pharmaceutical CBD therapies to patients and our intention to pursue orphan drug designation for all indications that qualify for orphan drug status. These forward-looking statements are based on management’s expectations and assumptions as of the date of this press release, and actual results may differ materially from those in these forward-looking statements as a result of various factors, many of which are beyond our control. For a description of these risks facing the Company, please see the risk factors described in our filings with the United States Securities and Exchange Commission, including those factors discussed under the caption “Risk Factors” in our Annual Report on Form 10-K for the year ended December 31, 2013 and any subsequent updates that may occur in our Quarterly Reports on Form 10-Q. Forward-looking statements speak only as of the date of this press release and we undertake no obligation to update or revise these statements, except as may be required by law.