The partnership will accelerate the development of new Tuberculosis (TB) drug regimens as part of the Innovative Medicines Initiative (IMI), a public-private European Research & Development Consortium 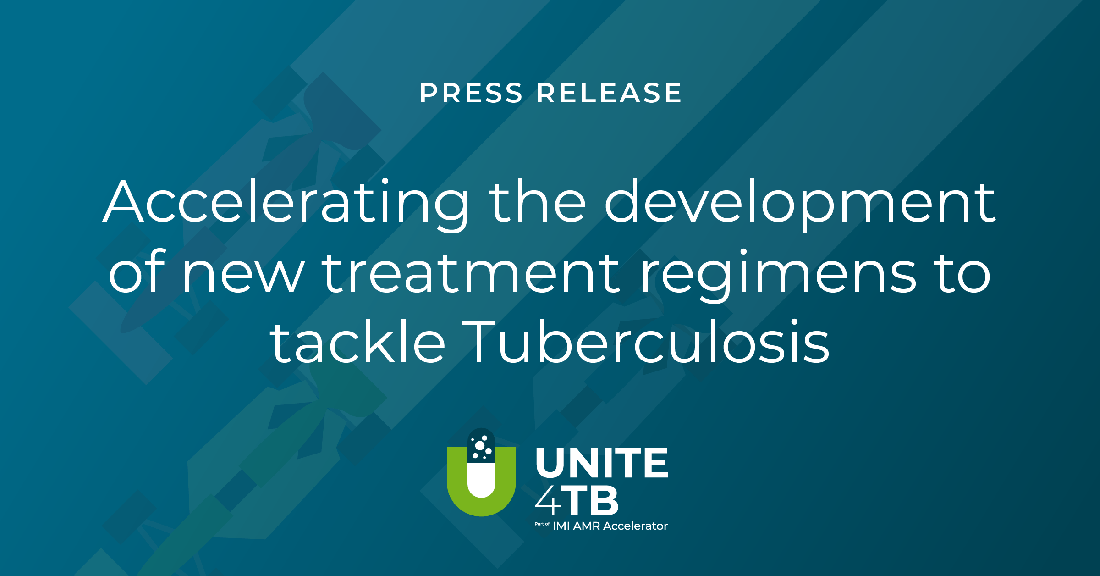 TUCSON, Ariz., July 15, 2021 — To advance anti-tuberculosis (TB) science and enable the progression of new, safe, and affordable treatment solutions for TB patients worldwide, a new consortium of 30 partners from 13 countries has officially launched. The 7-year, €185 million project called UNITE4TB, aims to accelerate and improve the clinical evaluation of combinations of existing and novel drugs, with the goal of developing new and highly active TB treatment regimens for drug-resistant and -sensitive TB.

UNITE4TB is the newest project of the IMI AMR Accelerator, a public-private collaboration with the shared goal of progressing the development of new medicines to treat or prevent resistant bacterial infections.

“Tuberculosis is a major threat to public health worldwide. By bringing together leading experts from the public and private sectors in Europe and beyond, UNITE4TB is well placed to deliver results that will accelerate the development of better treatment regimens to tackle this disease,” says Dr. Pierre Meulien, Executive Director of IMI.

Worldwide, TB is one of the top 10 causes of death and the leading cause from a single infectious agent (above HIV/AIDS). The growing emergence of multidrug-resistant TB is well-recognised as a public health challenge and has sparked new interest and investment in anti-TB drug development. Despite increased activity in the field, an integrated approach to TB drug development is still limited.

With European Federation of Pharmaceutical Industries and Associations (EFPIA) and Associated Partners on board, UNITE4TB has access to the majority of the most innovative TB compounds, currently in late pre-clinical, clinical phase 1, and early phase 2 stage. The consortium will deliver an efficient, global clinical trials network equipped to conduct phase 2 trials. State-of-the-art adaptive trial designs will be implemented, and advanced modelling, artificial intelligence and machine learning techniques will be employed. All of this will allow for the selection and testing of novel combination regimens with a high probability of success in subsequent phase 3 clinical trials.

Anja Karliczek, Germany’s Federal Minister of Education and Research, says: “Europe’s UNITE4TB project creates an important new platform for research to combat tuberculosis. Science and industry will jointly test their clinical candidates and share research results. The objective is to develop effective combinations for new, urgently needed solutions to treat tuberculosis. This public-private partnership will set a new standard in the fight against global diseases such as TB. UNITE4TB is a remarkable example of international research collaboration. I am delighted that Germany is supporting the consortium with funding of around 25 million euros to the two German partners. I am confident that UNITE4TB will contribute towards achieving the goal of ending tuberculosis by 2030 that was adopted by the G20 Heads of State and Government at the UN General Assembly.”

Critical Path Institute, Ltd. (Ireland) is a wholly owned subsidiary of Critical Path Institute, an independent, nonprofit established as a public-private partnership. C-Path, Ltd. will lead the data sharing workgroup for UNITE4TB and will be assisting with machine learning and artificial intelligence efforts. C-Path’s mission is to catalyze the development of new approaches that advance medical innovation and regulatory science, accelerating the path to a healthier world. C-Path, Ltd. EU is in Dublin, Ireland, and C-Path U.S. is in Tucson, Arizona. Learn more at c-path.eu and c-path.org.

UNITE4TB is the largest public-private collaboration on clinical TB drug development in the history of the EU. It will set a new standard for anti-TB regimen development, enhancing the efficiency with which new treatments are delivered to TB patients across the world.

This project has received funding from the Innovative Medicines Initiative 2 Joint Undertaking (JU) under grant agreement No 101007873. The JU receives support from the European Union’s Horizon 2020 research and innovation programme and EFPIA, Deutsches Zentrum für Infektionsforschung e. V. (DZIF), and Ludwig-Maximilians-Universität München (LMU). EFPIA/AP contribute to 50% of funding, whereas the contribution of DZIF and the LMU University Hospital Munich has been granted by the German Federal Ministry of Education and Research.

UNITE4TB is a public-private partnership with representation from academic institutions, small- and medium-sized enterprises (SMEs), public organisations, and pharmaceutical companies. Over the next 7 years, the consortium will be active in approximately 40 trial sites on four continents (Europe, Asia, Africa and South America), with the goal of delivering novel phase 2 clinical trials that will accelerate the development of new TB drugs and regimens. Achieving this goal will facilitate fulfilment of one of the main unmet needs in the TB field: better-tolerated drug regimens of shorter duration that can be deployed to tackle tuberculosis across various drug-resistance patterns and co-morbidities. For more information, visit the Consortium website: www.unite4TB.org