Virus: friend or foe?  Viruses are likely the most abundant biological entities on Earth – they inhabit every ecosystem, and thus have shaped the evolution of most species. But we have been conditioned to believe that viruses only pose a threat to life. Until recently, viruses were only thought to be infectious agents that exist and replicate within the cells of a host organism, often causing life-threatening illnesses. Although this is true and much of modern healthcare is aimed at preventing infection at the hands of these pathogens, viruses can also be used to vanquish other diseases without any adverse health effects to the host.

In fact, what was once thought only to cause incurable illnesses could actually overcome some of modern medicine’s biggest obstacles.

Because viruses co-evolved with their hosts, they have become masters of the immune system – they learned to shape their environment to their own needs. Now, scientists are beginning to understand how we can use this mastery to cure human illnesses and injuries. 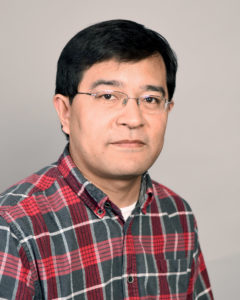 Liqiang Zhang is a research scientist in the Biodesign Virginia G. Piper Center for Personalized Diagnostics.

A versatile species
In the late 19th century, European settlers introduced the wild European rabbit to Australia. As the rabbit population began to grow out of control, the settlers decided to introduce the myxoma virus (MYXV), which causes the lethal disease, myxomatosis, in rabbits, to reduce population size and restore natural biodiversity. This was successful in wiping out nearly 99% of the rabbit population, and eventually, the same was done for rabbit populations in France and the United Kingdom. It was noted, however, that no disease developed in the rabbits inhabiting the Americas.

This prompted researchers to study MYXV, and eventually, it was found that the virus could infect various classes of cancer cells. Born from this discovery was the concept of oncolytic virotherapy, or the administration of viruses that preferentially attack cancer cells without harming healthy cells.

For years, this has been myxoma virus’s legacy, but there is now evidence that MYXV could potentially mediate other hard-to-treat human ailments.

Curing the incurable
In a research paper published with Folia Neuropatologica, Biodesign Virginia G. Piper Center for Personalized Diagnostics researchers Jordan Yaron and Liqiang Zhang, along with Alexandra Lucas, a professor of practice in the same center, partnered with Jacek Kwiecien, a veterinarian and associate professor of pathology, and colleagues at McMaster University in Canada to study the effects of MYXV proteins M-T7 and Serp-1 on a group of rats with spinal cord injury.

Spinal cord injuries typically result in prolonged inflammation and paraplegia. Currently, there are around 300,000 people who suffer from such injuries in the United States, but there is no standard-of-care to treat these patients. 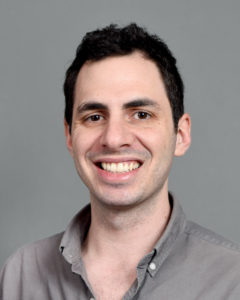 “Right now, there are no options for treating spinal cord injuries – the doctors stabilize you and just hope you recover,” Yaron said. “Alex Lucas and I were just at Barrow Neurological giving talks, and there was a room full of neurosurgeons and they said, ‘there is nothing we can do.’ If a patient comes in with a spinal injury, they can give them steroids, but most of the time, steroids make things worse.”

In this study, a small balloon was inserted at the base of the spine, and fluid was pumped into the balloon. This balloon apparatus compressed the spine, causing a spinal cord injury, and then prolonged inflammation, resulting in paralysis. The myxoma virus-derived proteins were dripped into the site of injury, and the response of those rats was compared to that of the group receiving only steroid treatment.

What surprised the researchers was that the proteins, specifically Serp-1, reduced inflammation and restored mobility in the paralyzed rats, suggesting that they were able to regenerate nerve connections.

“When we looked at the immunological mechanism, what we saw in the spine after treatment was that there was less evidence of inflammatory processes,” Yaron said. “Inflammation can be good – you need it to prevent infection – but it’s the case of too much of a good thing. The difference between medicine and a poison is the dose, and if you have too much inflammation, it can cause more damage than good. These proteins seem to mediate this recovery by suppressing inflammation in the area or at least modulating it.”

But what stuck out to researchers most about this treatment was the absence of adverse health effects.

“The most exciting thing to us was that it worked without toxicity – these proteins are extremely safe,” Yaron said. “One of the problems with steroids is pathological weight loss – the body is so unhappy that it loses weight. The treated rats, even on a high dose, didn’t lose weight and had no evidence of bladder dysfunction or toxin-induced deficiencies. They just got better.”

The Serp-1 protein being evaluated in the study has previously been administered to humans, with similarly positive results.

“In order to be allowed to inject the protein into humans, the FDA required a lot of pre-clinical trials to test toxicity, which was done in a small pharma company created to develop Serp-1. They found that you have to give close to a 100 times higher dose than would be therapeutically necessary to see any adverse effects,” Yaron said.

Considering the flurry of excitement surrounding myxoma treatments and the reinforced efficiency of these proteins at suppressing inflammation, the next step would be to develop clinical trials.

“We are still in talks with some relatively large pharmaceutical companies who are interested, and we are always developing intellectual property with Biodesign.”

That being said, the costs of clinical trials are exorbitant, which can put up roadblocks for researchers developing viable treatment options. Yaron said there are ways to overcome this, however.

For example, Barrow Neurological Institute performs Phase 0 clinical trials for patients who are offered no other options. In other words, patients who are provided with no alternative treatments can opt to participate in these trials where small doses of the proteins would be administered, and their effects on the human body would be observed for the first time.

While trying to generate more financial interest in the project, Yaron said they will refine drug delivery processes while trying to better understand the fundamentals of the immune response to these proteins.

“In the meantime, we are working to understand what is happening, and exploring different diseases,” Yaron said. “What’s surprising is that you practically can’t find anything these proteins don’t work in. This sort of speaks to the universal nature of pathology. The immune system likes to respond in a similar manner to many different diseases, so the approach for one disease may work for another type of a disease.”

Currently, spinal cord injuries can have a bleak outlook for patients, meaning treatments like these could offer a very big impact for the medical community.

“Barrow Neurological is one of the most world-renowned institutes for neurological diseases like SCI. From their mouth, there are no options for patients with spinal cord injuries,” Yaron said. “The fact that we were able to get rats that would otherwise be paralyzed to respond to sensation suggests that these proteins really could have a major impact on a condition like this where right now we have no options.” 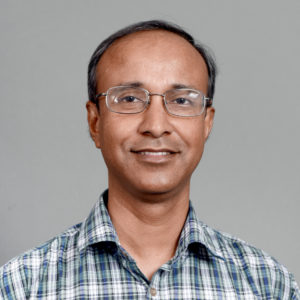 Masmudur Rahman, an associate research professor in the Biodesign Center for Immunotherapy, Vaccines and Virotherapy

The imitation game
In a paper released in the Journal of Biological Chemistry, Masmudur Rahman, an associate research professor in the Biodesign Center for Immunotherapy, Vaccines and Virotherapy, and Grant McFadden, the director of the same center, collaborated with researchers from the University of Florida to uncover what molecular mechanisms are hijacked by myxoma virus proteins upon presentation to host cells.

This paper represents an important shift in interest with the myxoma virus. Initially, as mentioned earlier, researchers were interested in how rabbits acquired resistance to the myxoma virus. However, as researchers began to study what molecules cause disease, they discovered more about the importance of the immune regulation mediated by myxoma’s immune-modulating proteins.

“The basic interest in myxoma virus was to study virus-host interaction because of its very selected host tropism,” Rahman said, referring to how an organism responds to stimulus. “Myxoma virus infects rabbits, but it caused disease only in the European rabbits. At the time, the main interest was understanding the virus-encoded proteins and virulence in rabbits, like which molecules are important to causing disease. In the lab, they found that these molecules also inhibit inflammatory pathways.”

“The reason we study myxoma has, over time, evolved from understanding the biology of the virus in terms of virus-host interaction and viral molecules, to using it as therapy, said Rahman.”

This paper found that the myxoma M013 protein, in particular, inhibits inflammation by targeting two distinct immune response pathways: the inflammasome pathway and the NFκB pathway.

These pathways regulate the release of cytokines that upregulate inflammation. In an immune response, the release of these signals boosts inflammation in a host, which usually staves off infection by signaling to the immune system to respond to a pathogen or injury. But severe or prolonged inflammation, which is characteristic of some diseases, could cause permanent damage to healthy tissue.

It was found that the biochemical interactions occurring between M013 and host proteins could halt inflammation via inhibition of these pathways.

This concept was confirmed by first studying the M013 protein with a three-dimensional model. This model revealed where the host proteins might bind and what immune response they trigger or suppress.

To study whether this information could be exploited for a potential anti-inflammatory or pro-inflammatory therapy, the researchers developed a construct to test in a mouse model.

“When we found that this virus-encoded protein has strong anti-inflammatory activity, we wondered whether we could exploit it in a real disease scenario,” Rahman said. “One of the main challenges with this protein is that it is intracellular, so we had to come up with an idea to get these proteins expressed intracellularly. We worked with collaborators to create an M13-expressing construct that will work in a mouse model, and we found that it inhibited inflammation in that model.”

As a follow-up, the researchers would like to test the impact of these mutations by making recombinant viruses and testing them as an oncolytic virus model to determine whether TNF, one of the pro-inflammatory signals controlled by the NFκB cascade, would inhibit or promote the development of cancer in mouse models.

Masters of their craft
Modern medicine has made great strides in developing strategies to overcome deficiencies in our immune response to many diseases, but there is still progress to be made, as evidenced by what we consider hard-to-treat diseases or injuries.

Viruses have mastered the immune system and have co-evolved with many of the species they inhabit. Perhaps, these viruses and their proteins offer a solution to these medical conundrums.

“We get the benefit of not having to develop these drugs or proteins on our own – the virus spent millions of years doing the research and developing the drugs on its own,” Yaron said. “The virus knows the immune system better than we ever could – so we are just taking the R&D that the virus did and translating it for our own applications.”