The U.S. Supreme Court recently held in Association for Molecular Pathology v. Myriad Genetics that isolated gene sequences are not patent eligible because they are naturally occurring nucleic acids.  This ruling brings new opportunities as well as new challenges to the biotech industry of which investors, inventors, and researchers need to be aware. 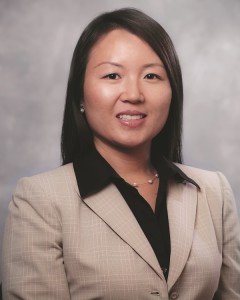 The significance of the Myriad decision is that it reversed decades of Patent Office practice of allowing, and the courts upholding, claims directed to gene sequences.  Those gene sequence patents once legally blocked others from exploring various applications, such as screening tests and therapeutics, based on the sequences.  Now, the Myriad decision changes the game.  Not being allowed to claim isolated DNA sequences, those who discovered the gene sequence may have a monopoly only to the extent of an application of the sequence if such application is properly claimed in a patent.  Others can no longer be excluded from developing, using and selling alternative non-infringing tests or therapeutics based on these gene sequences.  Consequently, researchers and inventors are now free to compete for the market of genetic testing and treatment, which potentially drives down the price of such tests and therapeutics.

Myriad Genetics, Inc. discovered the BRCA1 and BRCA2 gene mutations that are associated with an increased risk of developing breast or ovarian cancer.  The Supreme Court invalidated the claims directed to an isolated DNA coding for a BRCA1 polypeptide because the Court found that naturally occurring DNA sequences are not eligible for patent protection due to their being a product of nature.  The court’s decision also applies to short stretches of synthetic DNAs, if their sequences are the same as naturally occurring ones.  The court’s ruling excluded method claims, new applications of knowledge, and DNA or proteins that are different from their naturally-occurring forms.  Thus, claims directed to such subject matter may still be patentable.

For IP protection purposes, Myriad leaves inventors with much to consider such as how to best protect newly discovered DNA-based biomarkers, including genes, mutations, sequence polymorphisms, and small RNAs.  Although the Court’s opinion specifically addresses isolated, naturally occurring DNA, the patentability of non-DNA based biomarkers relating to chemical modification of DNA, proteins, peptides, metabolites, and cell fragmentations is still questionable because of the “not naturally occurring” requirement in the Myriad decision.  While patenting non-DNA based biomarkers is still largely unchartered territory, in the wake of the Myriad decision, inventors should also shift the focus of IP development and protection to new uses or innovative methods of discovery these new biomarkers.  In circumstances where the naturally occurring biomarkers are known, whether DNA- or non-DNA based, but their association with a disease is newly discovered, then some novel and nonobvious biomarker combination, or non-natural product leading to disease detection needs to be identified to be patentable.

In the personalized medicine sector, an important area possibly impacted by the Court’s decision is the diagnostic, prognostic, or theranostic tests which stratify patient populations ultimately for diversified responsive treatments.  Many of these tests essentially rely on primers and probes based on one or more gene markers.  Since Myriad has ruled out the protection at the biomarker level, these primers and probes can only be protected in methods of using the biomarkers.  The downside for such patents is that they are susceptible to alternative methods that are designed around the patents.

With the advances of bioscience, many technologies that were revolutionary not long ago are quickly becoming routine.  This in and of itself challenges the patentability of many new discoveries made with these technologies.  It is becoming increasingly necessary for a scientifically trained patent professional who understands the background and the direction of technology advancement to work with the inventor to identify potentially patentable modifications or non-natural intermediaries derived from a naturally occurring form.

In light of Myriad, early professional advice on obtaining certain experiments, data, or evidence to enable methods of using gene sequences will become especially important.  Weighing the implications of being the first inventor to file under the current patent law, and the need to enable a test or a targeted therapy method based on newly discovered sequences will make the strategic timing of pursuing IP protection more critical.

Now more than ever, inventors will also need to consider diversifying their biotech patent portfolio to mitigate potential future challenges to patent validity.  In the case of Myriad, because of patent diversification, even without the broadest gene sequence claims, Myriad still has over 500 claims under 24 patents which cover the intellectual property utilized in, or related to, its specific BRAC genetic testing.  From a marketing and IP enforcement point of view, what remains in the patent portfolio still provides Myriad with protection of its existing product.  However, this protection is due to the diversification of their portfolio and their aggressive acquisition of patents.

While the above is a brief summary of some of the implications of the Myriad decision, those in favor of the decision argue that it will allow more competition in the biotech sector; those against the decision argue that it will decrease incentives to find new DNA-based inventions and negatively impact research in the biotech sector.  In such an environment, inventors, researchers, and investors will all need to become more sophisticated in strategizing IP protection in order to protect their inventions, their assets, and their products in a continually-changing environment.