Tucson based pharmaceutical company NuvOx Pharma announced today that it has secured orphan drug designation from the FDA for its investigational radiosensitizer for glioblastoma multiforme.

Glioblastoma is the most prevalent and aggressive form of brain cancer. Over 10,000 new patients are diagnosed with glioblastoma in the U.S. each year.

Despite advances in surgery, radiation, and chemotherapy, recurrence is almost a certainty, occurring on average in less than a year. Survival is poor and fewer than 10% of these patients live more than five years. 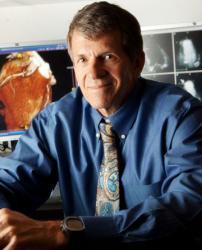 NuvOx’s drug NVX-108, based on a proprietary nanotechnology platform, is designed to increase the level of oxygen in hypoxic tumors in order to increase the effect of radiation on them. By doing this, our intention is to improve the effectiveness of radiation therapy in order to increase survival and decrease recurrence. The orphan drug designation is an important regulatory advancement as we further our development efforts.”

The company is currently conducting a Phase 1b clinical trial for NVX-108 in glioblastoma multiforme.

The Orphan Drug Act provides for granting special status to a drug or biological product to treat a rare disease or condition upon the request of a sponsor. In the US, this status is granted to medicines intended for the safe and effective treatment of diseases that affect fewer than 200,000 people. Orphan status provides sponsors with development and commercial incentives such as tax credits for qualified clinical testing and market exclusivity for 7 years after the marketing approval is granted.

“The Food and Drug Administration (FDA) is committed to advancing rare disease therapies through the development of orphan products. When former President Ronald Reagan signed the Orphan Drug Act (ODA) of 1983 into law, no one could have imagined then that it would become one of the most important pieces of health care legislation today.

The ODA means hope for more than 25 million Americans who currently have one of 7,000 rare diseases, which includes rare disorders or conditions. More than 300 orphan products for treatment of rare diseases have been approved by FDA since this groundbreaking legislation went into effect. In the decade before the ODA was passed, only 10 treatments had been developed for rare diseases.”